The first Serbian MP under the hijab for B92.net: My appearance stirred attention

My appearance in the Assembly caused a lot of attention, but there was no inconvenience, the first Serbian MP under the hijab, Misala Pramenković, told B92.net. 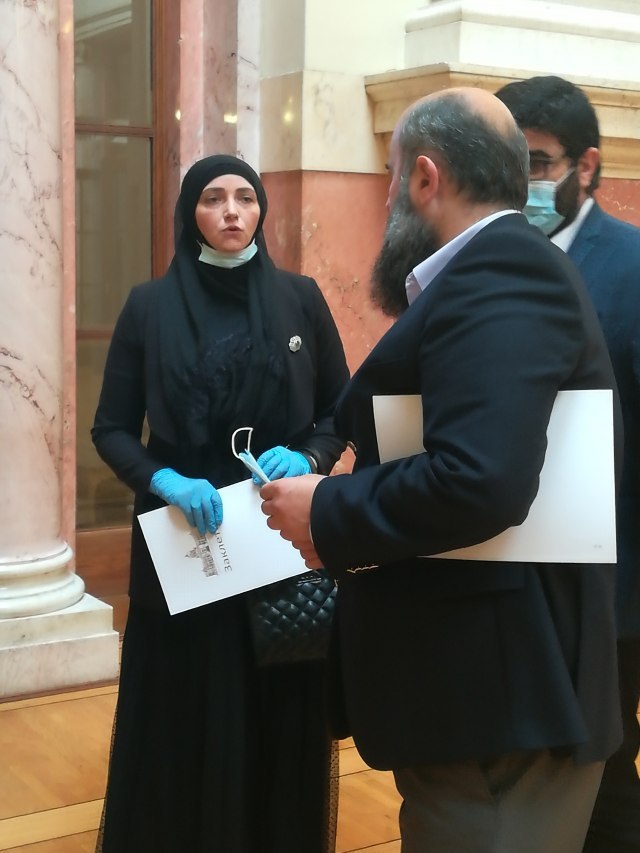 Pramenković, who entered the parliament as the third on the list of the Party of Justice and Reconciliation of Muamer Zukorlić, otherwise works as a professor of Islamic sciences in the Gazi Isa-beg Madrasa.

She also said for b92 net that the best way to have the right attitude about someone or something is to get to know it.

"Often prejudices and stereotypes are caused by ignorance," said Pramenković.

When asked what she expects from her parliamentary mandate, Pramenković said that she expects that with her actions and efforts in the Assembly, she will justify the trust that was shown to her.

"We will continue what our deputies started in the previous mandate, we are a party of continuity, but I will especially advocate for the rights of women, children, the status of the family and family values," she noted.

Pramenković added for B92.net that there should have been a Bosniak MP in the Serbian Parliament before.

“But it’s also significant that I’m not the only one,” she concluded.

Today, the Assembly of Serbia confirmed the mandates of the new MPs, which constituted the new convocation of the parliament.

The Justice and Reconciliation Party will have four deputies.