Kosovo President Hashim Thaci said today that the dialogue process with Serbia would not be allowed to be lowered to the technical level. 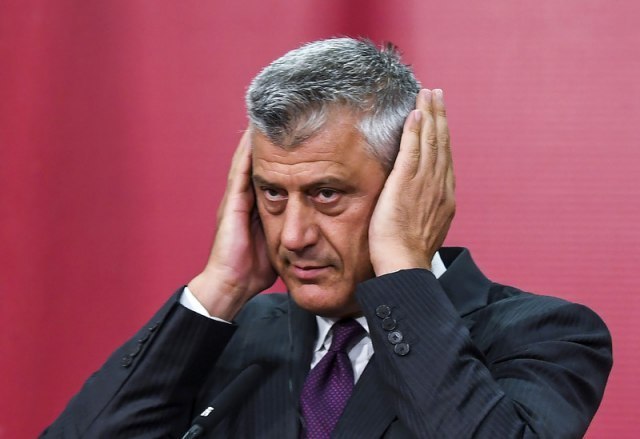 "Under no circumstances should we allow this process to be lowered to the technical level," he said, adding that at the end of the dialogue, mutual recognition, full respect for territorial integrity and then resolving other issues must take place.

After the meeting with the Prime Minister of Kosovo, Avdullah Hoti, he stated that it is very important for the cooperation between the institutions of Kosovo to be efficient.

"In that context, there was a meeting with Prime Minister Hoti. It is crucial that this cooperation between the institutions takes place. We talked about how to get through the situation with COVID-19 as easily as possible and as quickly as possible," Thaci said.

Thaci insisted that there were only political issues with Serbia, not technical ones.

"I welcomed the appointment of Skender Hyseni (as dialogue coordinator). It is in the interest of this dialogue to take place, because only through dialogue, meetings and good neighborhood policy can Kosovo move towards a European perspective. But at the same time, we must preserve our identity," Kosovo Prime Minister said.

"I expect the Assembly to approve the budget revision in the coming days. The other topic we discussed is the dialogue with Serbia. I briefed the president on what has happened so far, from the summit in Paris to the video conference and meeting in Brussels. We will all work together to the dialogue does not fall to the technical level, "Hoti said.

Hoti added that Kosovo is trying to coordinate with international partners.

"I think this is a very good moment because we have the attention of key countries in the EU, but also the United States. I believe that in a few months that (agreement) can be concluded," Hoti said.