Meeting ended: SNS asked for a mandate; "I can tell you..."

Consultations on the formation of a new government have been completed. Vucevic: Legitimately, we asked for a mandate for the composition of the new government. 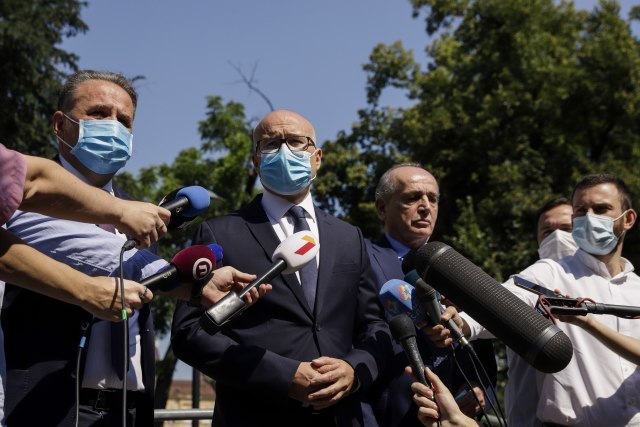 After the convincing victory on the elections, our list legitimately asked for a mandate in the composition of the new government, a senior SNS official Milos Vucevic said, after the meeting with the President of Serbia, Aleksandar Vucic.

He said, after the conversation ended, that the conversation itself was meaningful. "We discussed not only the parliamentary majority and the new government, but also the situation regarding the coronavirus epidemic, as well as the economic challenges facing the whole world. We also discussed current issues regarding the region and Kosovo", he said.

Vucevic also stated that he can say that he expects the assembly to be constituted by August 3, and the government, for the formation of which the deadline is November 3, at the end of August or the beginning of September.

According to him, it will be a government of continuity in accordance with the "Serbia 2025" program.

Asked whether the SNS will form the government itself or whether another political party will join it, Vucevic said that the SNS does not have the same position in that regard. However, he said the government would be "refreshed".

Milan Krkobabic and Rasim Ljajic, who are on the list with the SNS, and who attended today's meeting, also confirmed that there was no specific talk about personnel decisions.

Ljajic said that he thinks that it is not good for Serbia to be left without opposition in the parliament, because that is a part of normal political life.