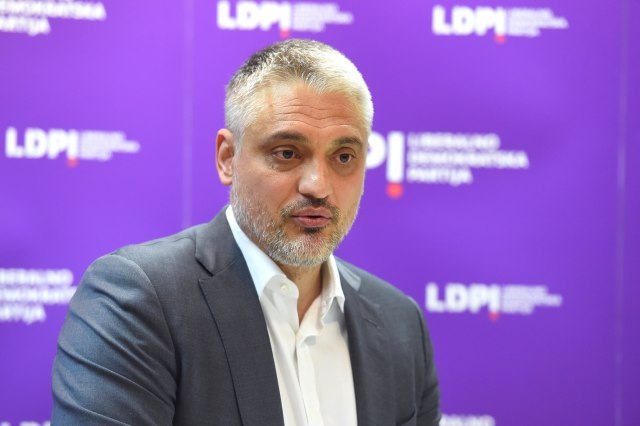 "Jovanovic attacked me and broke my glasses in front of the Physio Center," Dejan Dubajic confirmed to "Novosti".

The police is on the spot, and the investigation is ongoing, "Blic" and "Kurir" reported.

Let us remind you, lawyer Dubajic announced earlier this morning that during the night, unknown persons tried to break into the Physio Rehabilitation Clinic in New Belgrade.

According to the media, the owner of the Physio Center, coming to work this morning, found the door broken, which is why he called the police patrol, which soon appeared on the spot.

After the investigation, the police left, but first Jovanovic's wife Jelena appeared, who pushed away the owner Z.I. as well as a lawyer, and shortly afterwards Cedomir Jovanovic arrived and attacked Dejan Dubajic.

As a worker from a nearby construction site said, this morning, Jovanovic's wife Jelena came in front of this clinic, and then Ceda arrived.

"I didn't know whose car was parked there, I started honking and then Cedomir jumped out of the vehicle furiously. Then, he got back in the car, and abruptly started to go in the reversed direction. Then he suddenly moved forward adding a gas, only to hit "punto with a girl behind the wheels," he told the media.

The girl allegedly suffered minor injuries and was transported to a nearby health center for treatment.