The President of Kosovo, Hashim Thaci, addressed the citizens tonight, regarding the hearing in The Hague 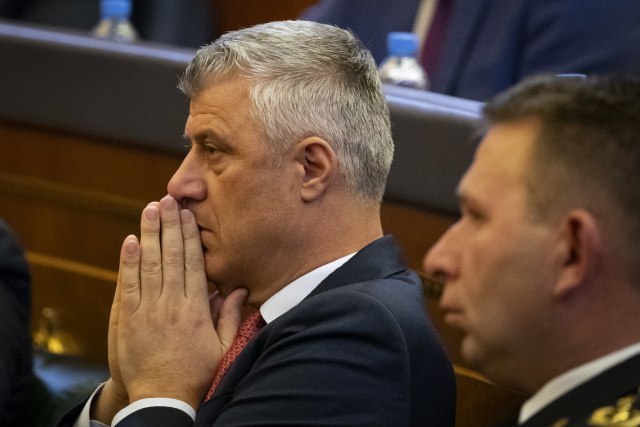 Thaci said that he appeared before the prosecutors of the Special Court because it was his civic and institutional duty.

"I finished about 30 hours of confronting the prosecuting authorities, where I am aware of all their allegations and where I answered their questions. I fully respect the process of clarifying the truth to the very end and my role in the liberation struggle for freedom and independence," Thaci said.

As he added, for ethical reasons and due to legal restrictions, he cannot give specific details of the hearing, but he also added that on the other hand, he cannot share anything with the citizens.

"First of all, as I said before leaving for The Hague, history cannot be rewritten, secondly, this process is another in a series, during 21 years of accusations and fabrications about the Kosovo Liberation Army and the efforts of the Kosovo people for freedom and state. But this process will once and for all seal the historical role of the KLA, as an irreplaceable and inalienable role for the gained freedom, for all generations that will inherit Kosovo, as an independent and democratic state. "I am more confident today in our historical struggle, which is painful, but it is supported by the United States of America and other friendly countries," Thaci concluded.