Sapic: "We talked about state issues, not about SPAS in the government" 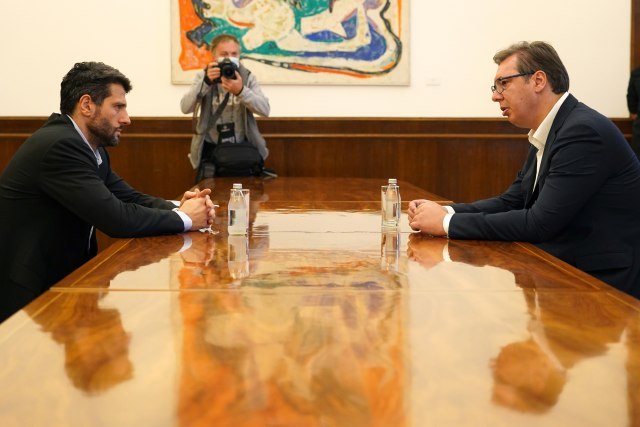 According to Sapic, the President of Serbia, Aleksandar Vucic, informed him about state issues, such as Kosovo and Metohija and the situation regarding the coronavirus, without specifically talking about Serbian Patriotic Alliance (SPAS) entering the government.

"I think the main thing will be whether we will agree on strategic state issues. If there is an agreement on that, we can talk about joining the government. If we cannot set common denominators, I will not be part of that government," Sapic said, answering the question of what will be crucial for SPAS to be part of the future government.

When asked if Vucic invited him to the government, Sapic answered that they did not discuss it and reiterated that Vucic informed him more about the economic situation, the fight against the coronavirus, but also about the situation with Kosovo and Metohija, i.e. negotiations that await Serbia.

"I can tell you that we have a very difficult period ahead of us in the coming months, politically difficult. I think there are big challenges facing Serbia, and whether I will be part of the government or not will be shown by time and some next meetings. We have not talked about it now," Sapic said.

This, he says, was the first contact in which the president of SNS and SPAS could see what they have in common and what distinguishes them.

Accordingly, there was no topic on either side about the conditions for entering the government, he added.

Sapic assessed the conversation with Vucic as "private", and when asked to clarify, he reiterated that it was "a private conversation between two adults on serious topics" and added that when he considers that he should present details to the public, he will do so.

"Today's meeting ended with program issues, that is, the president informed me about things that I cannot get through the media and my opinion on that," Sapic concluded.