Hashim Thaci arrived in The Hague 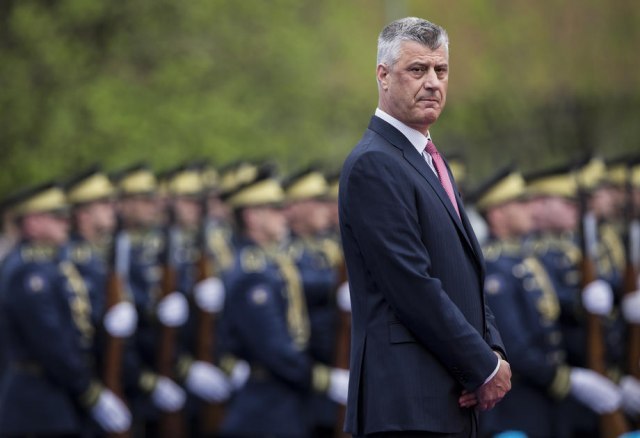 Thaci did not attend the meeting of the National Security Council of Kosovo today, which was chaired by the Prime Minister of Kosovo, Avdullah Hoti.

"According to our sources, Thaci did not participate in this meeting, because he left the airport in Tirana at around 3 pm to arrive for tomorrow's hearing in The Hague, where he will be defended by British lawyer Jeffrey Nice," Klan Kosova TV reports.

The indictment alleges that Thaci, the leader of the Democratic Party of Kosovo (PDK), Kadri Veselji, and others are suspected of about 100 murders.

The crimes presented in the draft indictment include hundreds of identified victims of Kosovo Albanians, Serbs, Roma and their political opponents. In December 2011, Swiss Senator Dick Marty published a report by the Council of Europe which listed several former leaders of the Kosovo Liberation Army (KLA) who were involved in war crimes.

The Assembly of Kosovo adopted the law on the establishment of the Special Court in August 2015.