President of Serbia, Aleksandar Vucic, is participating in the video conference Dialogue between Belgrade and Pristina under the auspices of the European Union. 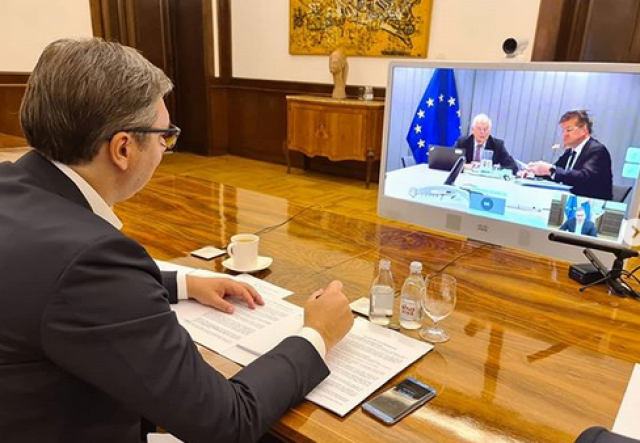 The conference is an introduction to the resumption of the dialogue, announced for Thursday, July 16.

Vucic pointed out that the dialogue continued, as well as that the topics for the meeting in Brussels were agreed.

"The dialogue under the auspices of the EU continues after twenty months. The topics for the meeting in Brussels on Thursday have also been agreed," Vucic said on his Instagram account.

Ahead of the meeting, the President held bilateral consultations with the EU High Representative for Foreign Affairs and Security Policy, Josep Borrell, and the EU Special Representative for the Dialogue between Belgrade and Pristina, Miroslav Lajcak.

Photos of the consultations were published on the official Instagram profile of the Serbian President entitled "Future of Serbia".