Brnabic on the reasons why she did not listen to Vucic

After the Crisis Staff adopted measures, excluding curfew, Brnabic answered why it was not introduced even though the President was in favor of its introduction 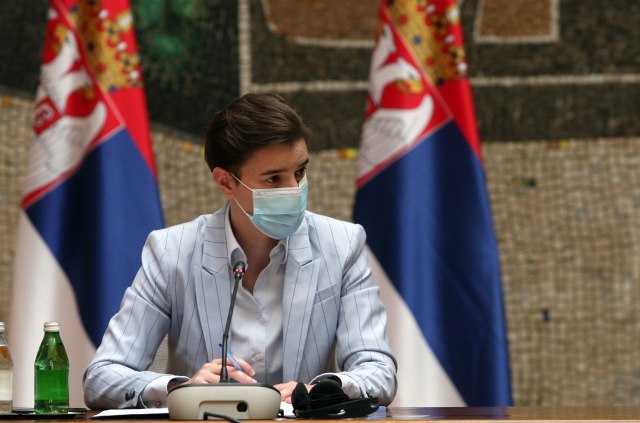 When asked by journalists after the session of the Crisis Staff, why she did not listen to the President of Serbia, Aleksandar Vucic, about the introduction of curfew, Prime Minister Ana Brnabic did not deny that the President was right. However, she pointed out, there are other reasons why a ban on movement during the weekend was not introduced in Belgrade in the end.

"I think that the president is right, if we introduced a ban on movement, we would have certain results. On the other hand, this requires the introduction of a state of emergency on the territory of the whole of Serbia. At the moment, we have a larger number of local governments with no problem, than those where we have", Brnabic answered.

She pointed out that there is no better solution than respecting the measures by the citizens.

"There is no health care system that be successful if people do not respect the measures. We have to let people live, this will take a long time," she said, explaining that the economy would also suffer, adding:

"I do not criticize the citizens of Serbia. I was not disciplined enough in some situations. I saw what could happen, I saw colleagues who got ill."