US Embassy in Serbia: We are deeply concerned; Coordinated assaults on the police

The US Embassy in Belgrade announced today that they are closely following the events in the last two evenings in Belgrade and other cities in Serbia. 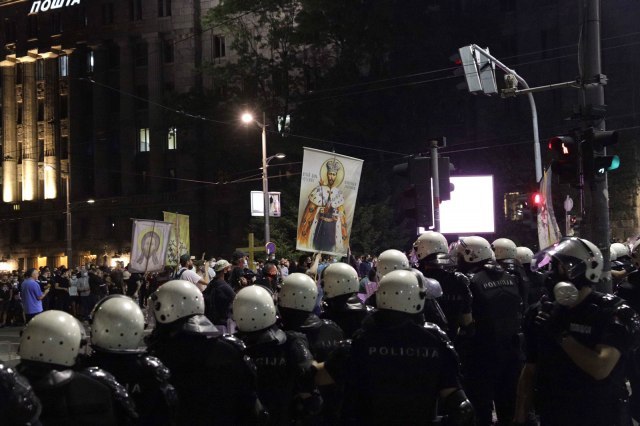 The embassy also states that they are deeply concerned about the violent aspect of the protests.

"We condemn all forms of violence, including what appears to be coordinated attacks on police that appear to have provoked excessive reactions, as well as the apparent use of force by the police," the US Embassy said in a statement.

They add, however, that freedom of expression and the right to peaceful assembly are at the core of any democracy, and that America is a country that is currently facing challenges in terms of civil protests and unrest.

Concerns and debates about the essence of these things in Serbia and elsewhere in the world - about how one country can save its people from the deadliest pandemic of our time - are a serious matter and must be part of a calm and reasonable debate at the national level.

"In order to initiate such a dialogue in Serbia, a free media environment and reforms in the area of the rule of law are needed," the US Embassy concluded.