Vuk Jeremic also appeared at the protests, the protesters drove him away VIDEO

During tonight's protests, the President of the People's Party, Vuk Jeremic, appeared, but some citizens didn't approve of his presence, so he was chased away. 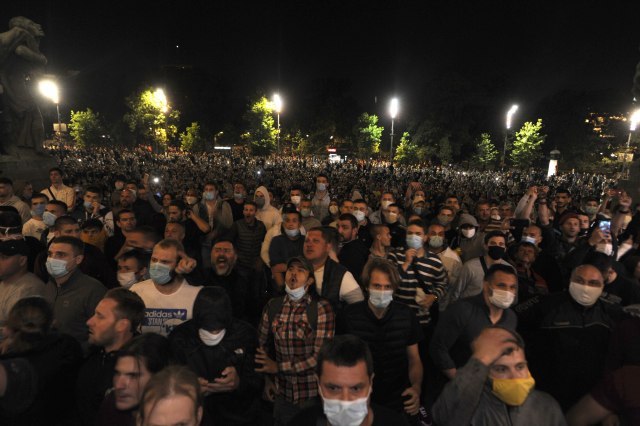 Jeremic tried to reach the steps of the Parliament, but the citizens, as confirmed for B92.net, did not allow it and drove him away.

It should be reminded that the protests started after the announcement of the curfew on Friday, and during the demonstrations, the police threw tear gas.