"Presently, Pristina is a big factor of insecurity, and as for Vucic..."

Pristina is a big factor of insecurity at the moment, said former EU Special Envoy for Kosovo Wolfgang Petritsch 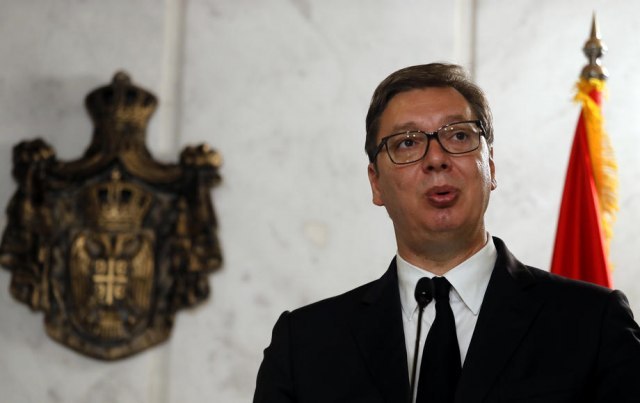 At the same time, Petrisch believes that it would be good for President Aleksandar Vucic to go to Washington and previously to Brussels, as a prudent politician who confirms that there is no solution without the EU.

"Kosovo currently has a very weak government and that is a big problem. In Belgrade, after the elections, the government has been significantly strengthened and has a stronger position in the assembly, and it would have in the case of a referendum. That is not the case in Pristina," Petritsch told Tanjug.

The former High Representative of the international community in Bosnia-Herzegovina believes that the announcement of the indictment against Thaci weakened the government even more, reminding that the new government was formed with the support of Thaci's party.

It also points to the growing popularity of Albin Kurti. Because of all that, Petritsch is convinced that sooner or later there will be elections in Kosovo.

The former ambassador of Austria to Serbia says that the indictment against Thaci has been looming since Dick Marty's report to the Council of Europe. "It took too long, but international justice is slow," said Petritsch, who said that he personally advocated the establishment of a special court for crimes committed from 1998 to 2000.

Now, as he points out, everyone must take note of the decision of the Prosecutor's Office, and it starts from the fact that Thaci, following the previous example of Ramush Haradinaj, will resign.

As for Serbia, he says that it should continue to work on finding a solution and that it should decide for itself who will be its representative in the dialogue, since the Constitutional Court in Pristina opted for the prime minister.

"I think it would be efficient for the whole process that this role is assumed by Serbian President Aleksandra Vucic, while technical issues can be transferred to the expert level," he explained.

When it comes to the announced plan of the US President Donald Trump's Special Envoy for Kosovo, Richard Grenell, which was supposed to be discussed in Washington on Saturday, Petritsch says that he is skeptical and thinks that it is impossible to start with economic issues without seeking a political solution.

"Who will invest in a region that has such a difficult unresolved problem? None or few of them," he stated.

"The economy is important, but how can you imagine any progress, foreign investments and jobs if there is no political compromise?", Petritsch wondered.

"A clear framework is necessary to solve this conflict, and only then, the two sides could build confidence. Only after that can we start a new future between Belgrade and Pristina," Petritsch said, adding he didn't believe that Grenell's formula – first economy, and then dealing with political issues, "can work".

He says that it is necessary to deal with economic issues, but also that the area must have a clear "European seal". Petritsch thinks that it is good that President Vucic is going to Washington and previously to Brussels, thus proving that he is a prudent politician who confirms that there is no solution without the EU.

He emphasizes that the EU must be absolutely more active and must take the lead in the region. "The EU must not leave the leadership in the region to others, including the United States, but also to the Russians and Chinese who have their own political and economic interests. The EU must have a clear leading role there," Petritsch underlined, adding that he supports EU Special Envoy Miroslav Lajcak and his intention to find a solution to the Kosovo issue in the foreseeable future.