Hoti canceled his trip to Washington

Hoti canceled trip to Washington where he was supposed to participate in the meeting on June 27 in the White House re: the resumption of Belgrade-Pristina talks 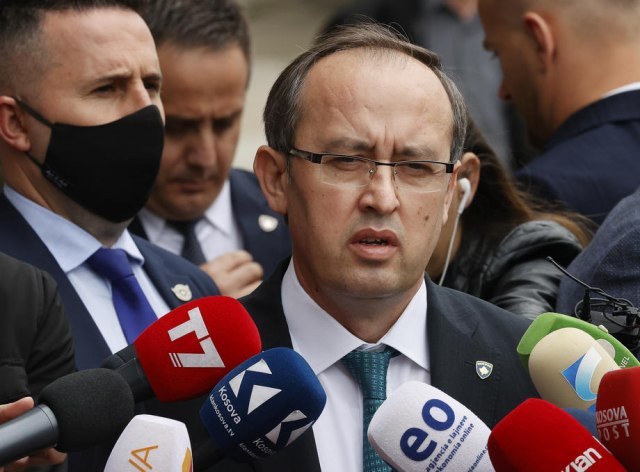 Hoti wrote on Twitter that, due to the situation caused by the indictment of the Special Prosecutor's Office against Kosovo President Hashim Thaci, he informed the US Special Envoy for dialogue between Belgrade and Pristina, Richard Grenell, that he could not attend the meeting on June 27.

"Due to the new developments in Pristina pertaining to the indictment filed by the Special Prosecutor's Office, I have to return to my country to deal with the situation. I informed Ambassador Grenell that I could not attend the meeting on June 27 at the White House," the Kosovo Prime Minister said on his Twitter account.

The trip to Washington was first canceled by Kosovo President Hashim Thaci, after the Special Court for KLA Crimes announced the content of the first indictment proposals yesterday.

Grenell then wrote on Twitter that he was looking forward to a conversation with Serbian President Aleksandar Vucic and Prime Minister Hoti, explaining that Hashim Thaçi had informed him that he was not coming to Washington.

The Specialized Prosecutor's Office of Kosovo filed an indictment yesterday against Hashim Thaci, Kadri Veseli and others suspected of crimes against humanity and war crimes, including murder, enforced disappearance, persecution and torture, charged with almost 100 murders.