Vucic after meeting Putin: "We discussed issues I cannot talk about in public" VIDEO

The President of Serbia, Aleksandar Vucic, met today with Vladimir Putin, afterwards, he conveyed his impressions from the meeting 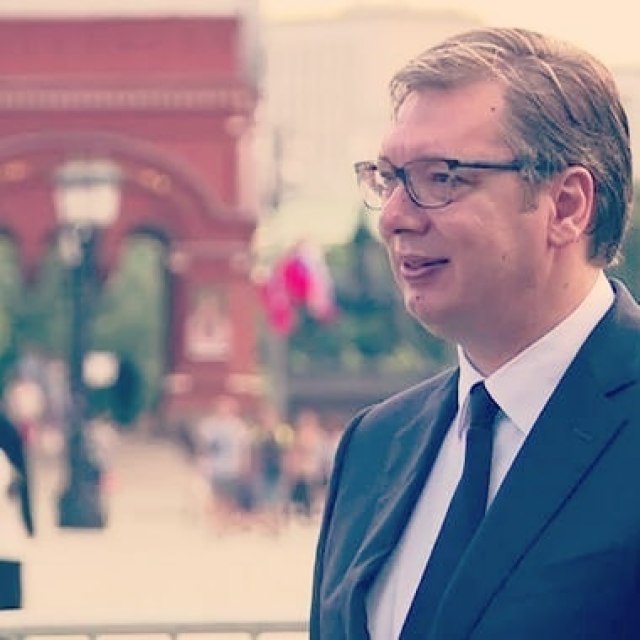 He announced Putin's arrival in Serbia, adding that the Russian President was too wise to warn him directly about the upcoming meetings that await the President of Serbia.

"Putin is too wise and great to do it so directly, but can he point to some things smartly? There is no doubt about that. He confirmed that he is coming to Serbia in October. It will be a magnificent event on the occasion of opening the Temple of Saint Sava", Vucic said.

He thanked the Russian President for the warm welcome.

"We really had a good conversation and some things you can't talk about publicly. I am grateful to President Putin for the warm reception, he congratulated me in front of the Russian media on a convincing victory in the elections," he said, announcing "good news for Serbia."

He also spoke about the upcoming meetings before leaving for Washington.

"On Thursday evening, I will be with Ursula von der Leyen and Varhelyi. On Friday, I will be with Charles Michel and, I hope, with Tusk. Of course, Lajcak as well. Then, I'm heading to the airport and to Washington," Vucic emphasized.

"Serbia is proudly upright, but small country. It must take care of avoiding making enemies, that is my opinion," Vucic said.

He denied that the US President would attend the meeting.

"I don't believe that will happen. Trump might appear if some kind of solution is reached," he said.

"If we do not show up, we have isolated and destroyed our country. When we show up, we must protect the national interest," Vucic said, referring once again to allegations of recognizing Kosovo's independence ahead of Vidovdan, which are now hushed.

He answered questions about the recent elections and the turnout.

"I think that's a bad message. You have to show respect to the people. You say that the turnout of 50 percent is low at the time of the coronavirus... Those who are always looking for a mistake in the people, and not in themselves, are terribly wrong," he concluded.

He denied allegations that the new convocation of the National Assembly will be without opposition.

"I read those headlines 'Serbian parliament without opposition' which are stupid. How do you know that, how can anyone know that?" Vucic wondered.

He also spoke about the Serbian diaspora in Russia.

"I am most happy when Serbs are in Serbia. We will see to it that they return to Serbia. In Russia, I see the best chances for our citizens in Sochi. We have room for it in the future, but we must grew stronger. The Russian market is the hardest", Vucic concluded.