The meeting behind closed doors started: Vucic and Putin on a tête-à-tête meeting

President of Serbia, Aleksandar Vucic, arrived this morning for a two-day visit to Moscow. His meeting with Russian President Vladimir Putin has just started. 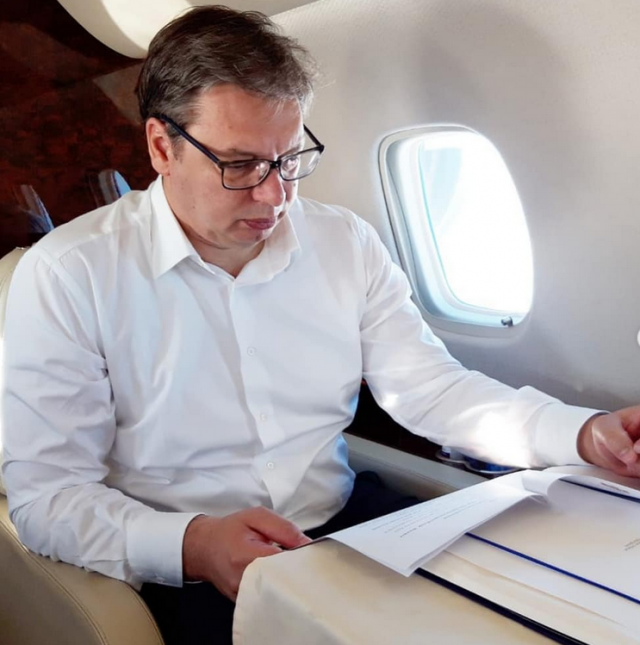 The conversation between the two presidents is conducted in private, behind closed doors.

Vucic was met at the airport in Moscow by the Deputy Minister of Foreign Affairs of Russia, Alexander Grushko, and the Ambassador of Serbia to Russia, Miroslav Lazanski.

The importance of the tête-à-tête meeting between the Serbian and Russian leaders was clearly announced during last week's visit by Russian Foreign Minister Sergei Lavrov. After that meeting, which, as Lavrov said, was organized due to the upcoming meeting of representatives of Belgrade and Pristina in the White House, Vucic said that he "received certain assessments from the Russian foreign minister, which worried him as president, regarding various plans" and the idea of ​​resolving the Kosovo crisis.

"We do not want everyone to be consulted and asked without anyone asking Russia. Russia has always supported Serbia, in accordance with the decisions of the UN General Assembly to conduct a dialogue under the auspices of the EU," Vucic said, announcing that he would exchange views, experiences and knowledge about events and relations on the international scene with President Putin.

Vucic will attend the Moscow Victory Day Military Parade tomorrow on the occasion of marking the 75th anniversary of the victory over fascism in the Second World War, it is stated in the announcement.