Serbian President, Aleksandar Vucic, met this afternoon with the EU Special Representative for the Dialogue between Belgrade and Pristina, Miroslav Lajcák. 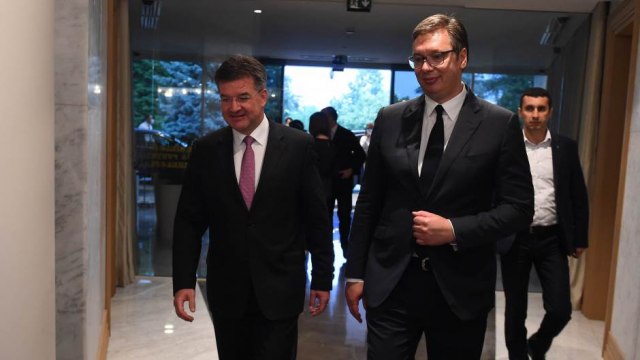