According to the first preliminary results, Serbian Progressive Party won the largest number of votes on the municipal elections in Belgrade yesterday 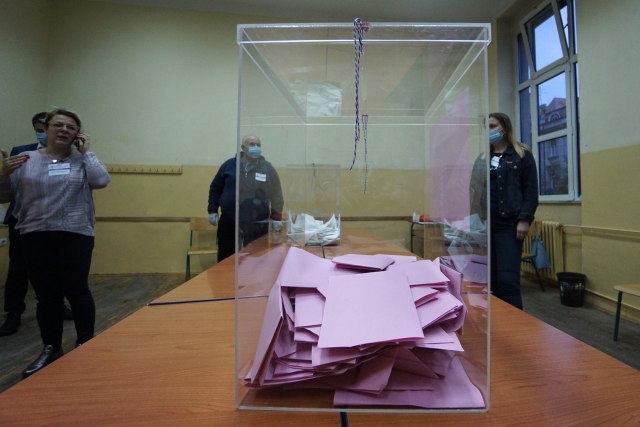 Out of 17 local self-governments, the SNS won the largest number of votes in 16 municipalities. Until late in the morning, the votes were counted in New Belgrade, where the SNS and Sapic's Serbian Patriotic Alliance (SPAS) are fighting for the leading position.

Unlike the previous year, when the SNS was in second place in terms of votes won in the municipalities of Stari grad, Vracar and New Belgrade, this time they were convincing with more than 45% of the votes won. They were also more successful than the competitors in Palilula, Zemun, Cukarica, Rakovica, Obrenovac, Mladenovac, Grocka and Vozdovac. The same result was recorded in Sopot, Barajevo, Lazarevac, Zvezdara, Savski Venac and Surcin.

In addition to taking the largest number of board seats in most municipalities, the Progressives also achieved better success compared to the previous local elections held in 2016. In almost all local governments, SNS won more than 50 percent of the total number of votes.

In Obrenovac, the SNS won about 20 percent more votes than in the previous elections, when the percentage was 48.4. This municipality now had as much as 72% of the electorate on the side of the ruling party. They also improved their results in Cukarica, where they won about 59.58 percent of the votes, which is also 20 percent more than four years ago.

Until yesterday, the opposition Stari Grad voted in the majority for the SNS, i.e. 44%, while the coalition around the united opposition received 16% of the votes. SPS won 10 percent here, and SPAS 8.58.

In Cukarica, councilors gathered around Aleksandar Sapic will enter the local assembly, with 10.44 percent of votes, as well as the SPS, which won about 10 percent. Although there were 12 options on the list in Zemun, and 11 in Zvezdara, SNS won a convincing victory in both municipalities.

Although in most municipalities those gathered around Ivica Dacic and his SPS took second place, in none of the local self-governments did they manage to take more than 20 percent of the total number of those who went to the polls.

On the other hand, in almost all municipalities where he ran, Aleksandar Sapic and his party SPAS won over 10 percent. Serbian Radical Party will enter mainly the suburban municipal councils, such as Barajevo, Mladenovac and Sopot.

The coalition gathered around the leaders of the Social Democratic Party, the New Party and the Movement of Free Citizens won only 10.49 percent of the votes in Vracar.