Vucic: We will say a firm "no" to what is contrary to the Serbian national interests

President of Serbia, Aleksandar Vucic, says that Resolution 1244 has its pros and cons, but that Serbia has no better argument in the negotiations with Pristina 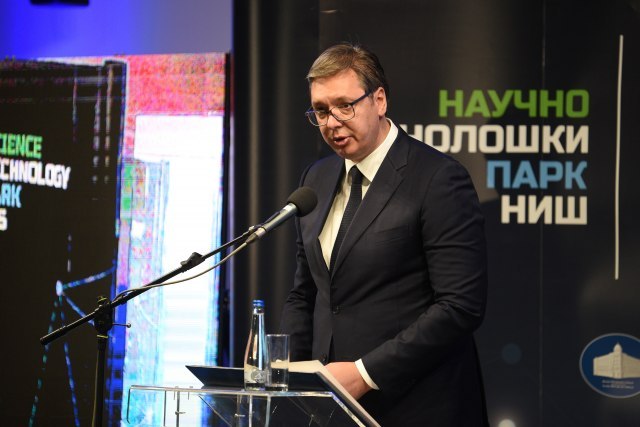 He explained to the journalists in Nis that there are things in this act of the United Nations that Serbia can hold on to, but the opponents also have something to hold on to.

"We are ready to talk, but we will not put up with the ultimatums from Pristina, which we hear every day that the only condition is the recognition of Kosovo by Serbia or presenting other wishes and territorial pretensions, I just smile at that because you cannot show arrogance towards big powers", Vucic said.

"We will always be able to find the strength to say 'no' to endangering our vital interests, with the hope that some solution will come by when we could say: 'Yes'. However, I haven't seen that yet," Vucic concluded.

He added that he was sorry that Serbia could not protect more lives earlier.

"But we will always have the strength to say 'no' to those against our national interests, in the hope that we will have something to say yes to," Vucic concluded.

"It will not be an easy fight in the coming months," he said.