"NATO guarantees peace in the Western Balkans, we will continue with our efforts"

NATO continues to contribute to security in Kosovo and Metohija, through its mission, KFOR, NATO Secretary General Jens Stoltenberg said 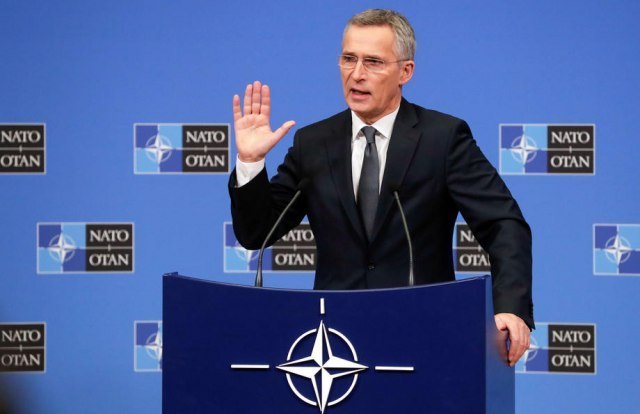 He added that NATO also helps through the Alliance's support for the dialogue between Belgrade and Pristina, under the auspices of the EU.

"This is crucial for Belgrade and Pristina, but also for regional peace and security. It is important that the agreements reached in this framework are fully implemented. In this regard, we count on both sides to show commitment and temperance", Stoltenberg said in an extensive interview for Podgorica's "Vijesti", on the occasion of three years since Montenegro joined that military alliance.

"This region has achieved a lot in recent years, but we are, of course, fully aware of the remaining challenges, including organized crime, unemployment, illegal economic activities and risks associated with harmful examples of certain rhetoric, which emphasize ethnic differences," NATO Secretary General said.

He emphasizes that democracy, the rule of law, internal reforms and good neighborly relations are vital for the progress of everyone in the region.

"Since the late 1990s, our forces have helped maintain peace and stability in the Western Balkans. Our offices in Sarajevo, Belgrade and Skopje promote political dialogue and conduct practical cooperation with our partners," the NATO Chief concluded.

He points out that the Alliance's policies in the region - including open door policies - aim to strengthen stability and build greater co-operation.

"We are determined to continue to help the countries of the region implement reforms. Their citizens, interstate cooperation, regional stability and the entire Euro-Atlantic family will benefit from this," Stoltenberg said.

He added that they would continue to play their role in contributing to security in the Western Balkans through the UN-mandated KFOR mission, which guarantees a safe and secure environment and freedom of movement for all communities in Kosovo.

NATO will continue to play its role by supporting the EU-sponsored dialogue between Belgrade and Pristina, and through the existing partnership framework of political dialogue and practical cooperation, which the Alliance has developed in recent years with important partners in the region, including Bosnia-Herzegovina and Serbia, in accordance with the requirements of those countries.