"Boycott of the elections is not an option"

A boycott of the elections is not a good idea, the head of the EU Delegation to Serbia, Sem Fabrizi, said today, after the talks with Prime Minister Ana Brnabic 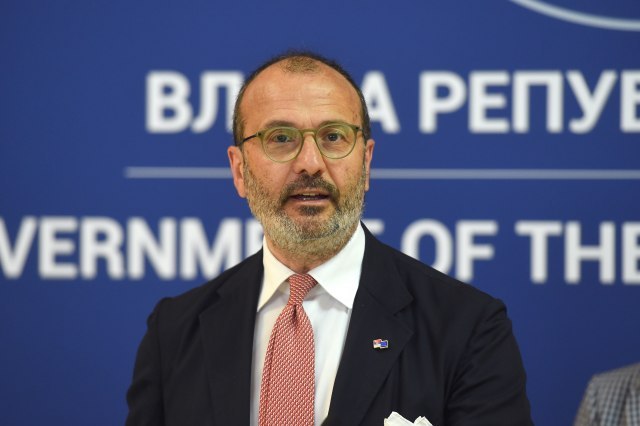 He added that it is important for citizens to go to the polls.

"Elections are an important test of democracy, and politicians must present their political platforms and discuss the vision for the future," Fabrizi said at a press conference, adding that the elections were also the topic of his conversation with Prime Minister Brnabic today.

He reminds that the EU was also involved, through the parliamentary dialogue, in order to facilitate the political dialogue between the parties and to ensure the integrity of the process itself.

Fabrizi added that the EU welcomes the arrival of the ODIHR, whose mission will be in Serbia during the elections, and that it has encouraged the government and all parties to present their arguments.

He added that the role of the media will be very important.

"A boycott is by no means a good idea and we call on the citizens to go to the polls," Fabrizi said.

He added that it is important what will happen after that, and that it is vital that there is a clear European agenda for Serbia.