Thaci: I dream of Presevo, Bujanovac and Medvedja joining Kosovo

Hashim Thaci stated that his "dream" is for the municipalities in the south of central Serbia, Presevo, Medvedja and Bujanovac, to join the so-called Kosovo 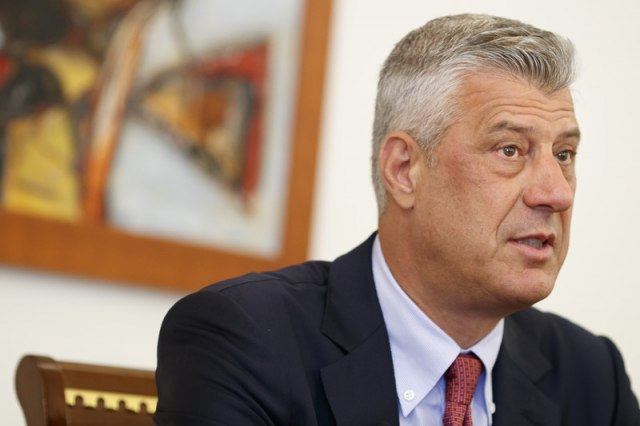 He said that there were no talks or agreements with Belgrade.

He said that there was no draft agreement between Serbia and the so-called Kosovo, that he believes in American mediation and pointed out that "whoever speaks about the exchange of territories does that for internal use, since that has never been on the agenda anywhere, let alone in Washington", Kosovo online reports.

He called the accusations of the outgoing Prime Minister Albin Kurti about the secret agreement with Serbia "street rumors", because there is no agreement.

"Kurti's claims about the agreement between Kosovo and Serbia are rumors. There is no secret meeting or agreement. What happened in Washington was a show of goodwill to resume the dialogue on the normalization of relations between Belgrade and Pristina", Thaci said.

At the same time, he accused Kurti of handing over the north of Kosovo to Serbia.

He also stressed that he would respect the Constitution and that any agreement would pass through the Kosovo Assembly.

Thaci also said that in none of his statements did he allude, foresee or claim something that could be understood as pressure on the decision of the Constitutional Court on the election of the future Prime Minister and Government, which Kurti claims.

"Since my decree was suspended by the Constitutional Court, no one should think that I liked that decision, but I am obliged to respect it and not comment on it," Thaci concluded.