TV B92 LIVE: I think that we owe it to Toplica region, as it bore the greatest burden

The President of Serbia, Aleksandar Vucic, is visiting the works on the reconstruction of the Health Center Prokuplje 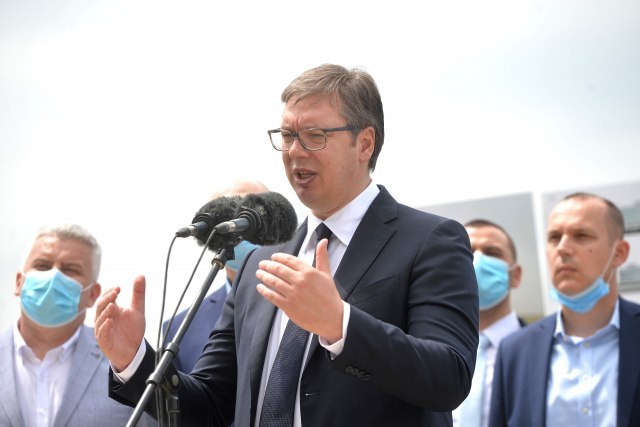 As announced by the Media service of the President of the Republic, the tour started at around 11 am, and you can watch the broadcast on TV B92 and B92.net portal.

He pointed out that this facility will have four surgical rooms, and that there will be about 800 employees.

Vucic said that people from Blace, Zitorađa and Kursumlija will come here, but also people from central Kosovo and Metohija, and that nothing has been invested in most general hospitals in Serbia in the last thirty years.

The President emphasized that Serbia did better than many other countries in the fight against the coronavirus.

"As you can see, we endured all this a little easier than others," Vucic said.

He adds that 30 million euros have never been invested in Prokuplje.

"I think that we owe it to Toplica, as this region had always born the greatest burden and was with Serbian people during the wars," he said.

During the tour, he wished the workers good luck in their activities.

"Those are not small reconstructions. Never in the last 40-45 years has so much money been invested in Prokuplje", Vucic said, explaining that it is important for children and citizens.

He adds that this hospital will look better than many Belgrade hospitals.

He allegedly cannot think about the elections.

"They forced me, so I did a single event from the beginning of the campaign," the President concluded.