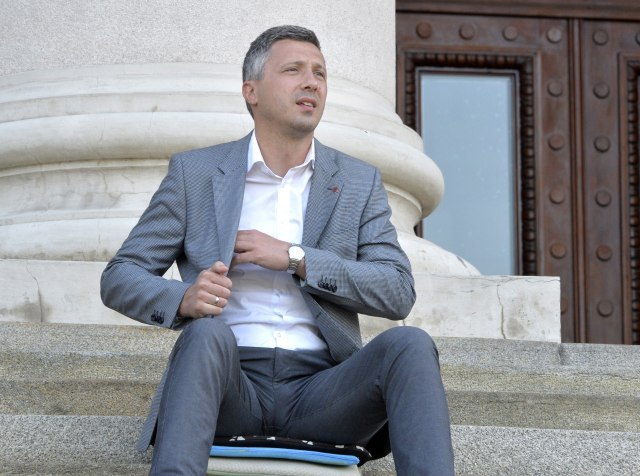 The report was filed due to participation in the incident that happened a few days ago in front of the National Assembly, when MP Marjan Risticevic was attacked.

The criminal report, which charges Obradovic and others with the criminal offense of violent behavior, was submitted to the prosecutor's office by the Ministry of Internal Affairs, after collecting the necessary information and data.

Regarding the incident in front of the assembly, the First Basic Public Prosecutor's Office in Belgrade announced that criminal charges had been filed against B. O., M. Dj., D. Dj. and S. M.

The statement states that they are suspected of being among the participants in the gathering in front of the National Assembly of Serbia on May 8, when MP Marijan Risticevic was injured, after which they rudely insulted and endangered the safety of Health Minister Zlatibor Loncar.

On that occasion, other deputies who entered the Assembly were also rudely insulted, according to the statement of the prosecution.

It is added that the prosecution will conduct evidentiary actions by questioning the defendants, examining the injured parties and other witnesses of this event in order to determine the complete factual situation and guilt of the suspects.

After that, a decision will be made on the further course of the procedure, about which the public will be informed in a timely manner.