Vucic on the incident in front of the Assembly: We'll protect democratic values VIDEO

President Aleksandar Vucic encouraged all politicians and citizens in Serbia to strongly condemn today's incident in front of the Serbian Parliament. 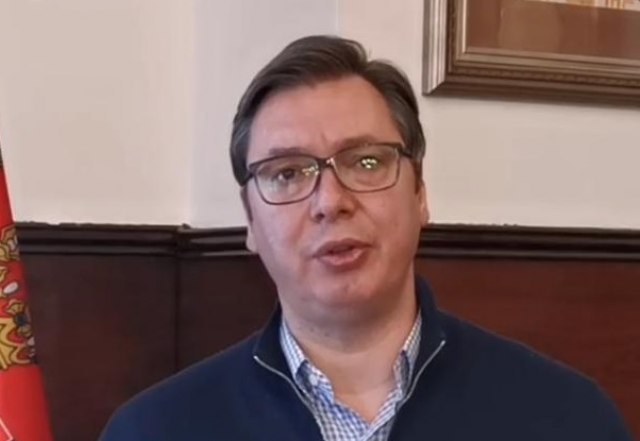 He assessed the incident as a fascist savagery of Bosko Obradovic and the Alliance for Serbia, and thus show that Serbia is a democratic country.

Addressing the citizens of Serbia, published on his Instagram profile, Vucic said that today the "fascist phalanxes" of Bosko Obradovic and the Alliance for Serbia physically attacked MPs, knocked them to the ground, tore their jackets, wanting to show that violence should rule in Serbia and should receive the majority support of the people.

"That is why I ask all citizens of Serbia to condemn the fascist savagery of these people in the strongest possible way and to show that Serbia is a democratic country," said Vucic.

He also encouraged all political representatives in Serbia to condemn the incident because, as he stated, politicians can differ in many ways and think differently on all issues, but fascism has never been present in Serbia.

"We could only see such incidents in the Nazi Germany in the 1930s and in the Ustasha Croatia in the 1940s," Vucic said.

He pointed out that Serbia will not allow fascism to win and that he is convinced that it will fight for the preservation of democratic values and democratic order.

"I expect the citizens to be absolutely united in condemning what happened today. And it is our obligation to fight to develop the country economically, to preserve democracy and to show on the elections who we trust and to defend and preserve the future of our children," Vucic concluded.