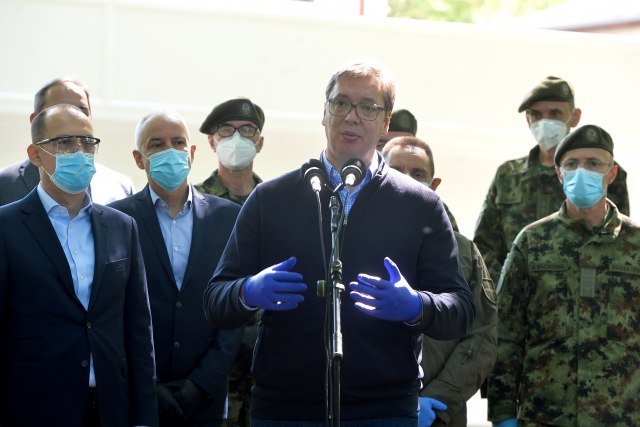 A session of the UN Security Council is taking place tomorrow, presenting the UNMIK report on Kosovo and Metohija, and when asked what the position of the great powers, especially America, is, the president says he intentionally did not want to speak about the European Network of Transmission System Operators (ENTSO) and many others.

"We are dealing with it and we will deal with it publicly. Tomorrow I will talk to the European representatives. If anyone thinks that it is time for someone to physically take Valac and Gazivode, I ask them not to," the president says, adding that Kosovo showed that everything that the Western powers needed was to make a decision, and that this would be done without much binding on contract law and international agreements.

"On the other hand, they do not care about the Community of Serbian Municipalities, they only wanted to put the transmission systems in Kosovo under their control - and they did it at all costs. However, this is another lesson for us and we have known this for years," he said, adding:

"We will continue to protect our people, and we will tell them in person what we think of their decisions."

On 21 April, the Continental Regional Group of Kosovo approved the connection of the Kosovo Electricity Distribution Network (KOST) to the European Network of Transmission System Operators (ENTSO), and Kosovo officials say that by voting and signing a new agreement to follow, KOST is gaining energy independence.

Late last year, representatives of the Kosovo and Albanian electricity distribution networks - KOST and OST, signed a contract in Tirana to establish a joint energy system.

In doing so, the Kosovo system, as Pristina claims, ended its dependence on the Serbian power grid.

The agreement was signed in December with the approval of ENTSO, with the announcement that it will enter into force in April this year.

As for our hospitals at Kosovo and Metohija, Vucic says we invest large amounts of money to KiM to support a number of people.