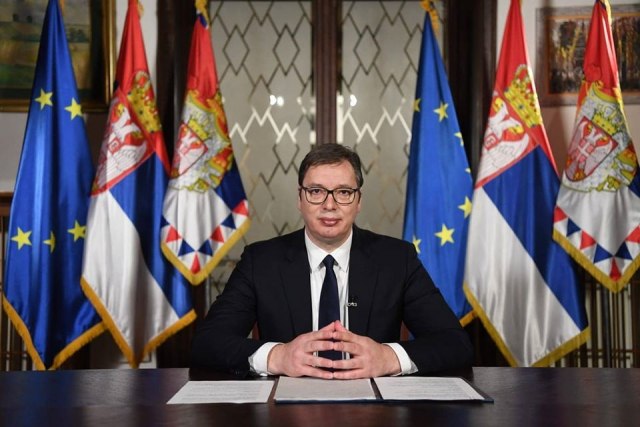 He said the increase comes in line with the pressure healthcare professionals are facing.

Vucic also stressed that the situation in Serbia is not simple.

"Serbia is in a complex situation, like the whole world, for the first time in decades. We have the simultaneous impact of a severe contagion that has hit the whole world, including our country."

Vucic said the seriousness of the situation is shown by the fact that for the first time we have a ban on flights from Europe to the USA.

The President emphasized that the most important concern for citizens is health.

"We have been more prepared to meet these challenges than many developed countries. It won’t get any easier in the days to come. We will have more cases and will lose some of them just as we lost some to the seasonal flu, cardiovascular diseases and cancer. We can only get through that if we are united and show solidarity,” he said.

According to him, two crisis groups will be formed, one for the medical aspects of the pandemic and the other to deal with the economic consequences

He also promised the payment of one-time assistance to pensioners of at least RSD 4,000, which will be paid between April 1 and 4. Vucic said that Serbia has 1.008 respirators, which is three times more than we had in 2009, and that more respirators are being purchased.

He said that the Infectious Diseases Clinic in Belgrade and some of the units of the clinical centers in Novi Sad and Nis, respectively, would be assigned solely for admitting coronavirus patients.