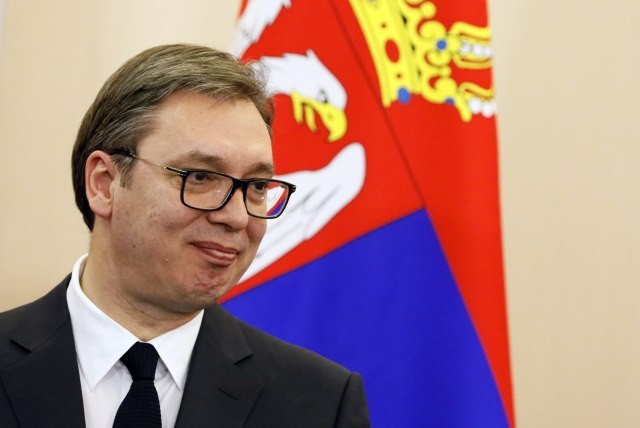 Vucic will reiterate his position at the upcoming meeting that there will be no dialogue with Kosovo until Pristina completely abolishes taxes on goods from central Serbia and Bosnia-Herzegovina, "Vecernje Novosti" reports.

According to "Novosti", Vucic will also emphasize that "it would not be disputable for Belgrade to suspend the 'derecognition' of Kosovo independence if, at the same time,Kosovo authorities introduce a moratorium on the requirements for the so-called 'Kosovo' to be admitted to international organizations".

President Vucic arrives in Berlin on Sunday, but, according to "Novosti", it is not yet known when he will meet Merkel during the two-day visit.

"As agreed last months, Vucic will meet with Merkel under the circumstances where it is obvious that the Prime Minister of Interim Institutions in Pristina, Albin Kurti, has a reliable stronghold for his tariffs maintenance policy in Berlin, as well as in Paris.

While, on the other hand, (Kurti) has come under attack from the US administration, which demands a complete and unconditional abolition of tariffs and which, according to the Pristina media, has taken the first economic 'punitive' steps towards the government in Pristina, the newspaper said.