Richard Grenell will remain Special Envoy for Belgrade and Pristina Dialogue, in addition to serving as Acting Director of U.S. Intelligence 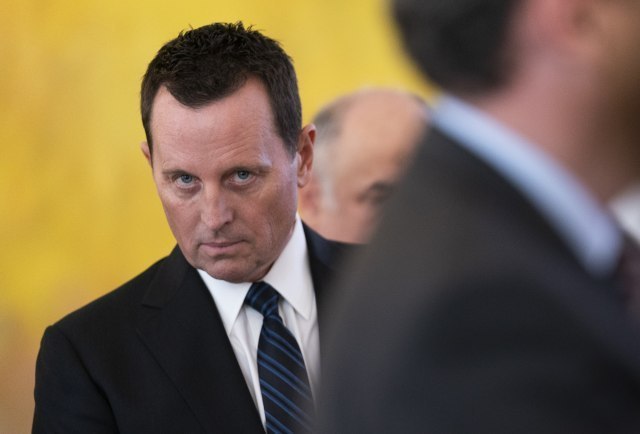 This was confirmed for the Voice of America's Open Studio, Twitter reported, and Grenell's spokesman confirmed.

"We can confirm that Ambassador Grenell will continue to serve as U.S. Ambassador to Germany, as well as President Donald Trump's Special Envoy for the peace talks of Serbia and Kosovo and now Acting Director of National Intelligence", Grenell's spokesman Dick Kasten told Tanjug.

The President has every confidence that Ambassador Grenell will perform his new duties with distinction, the White House website said.

The statement that was just released states that Ambassador Grenell has "years of experience working with our Intelligence Community in a number of additional positions, including as Special Envoy for Serbia-Kosovo Negotiations and as United States spokesman to the United Nations".

"Mr. Grenell is committed to a non-political, non-partisan approach as head of the Intelligence Community, on which our safety and security depend", the White House website states.