America has a plan for a swift solution to Kosovo? Grenell reacted PHOTO 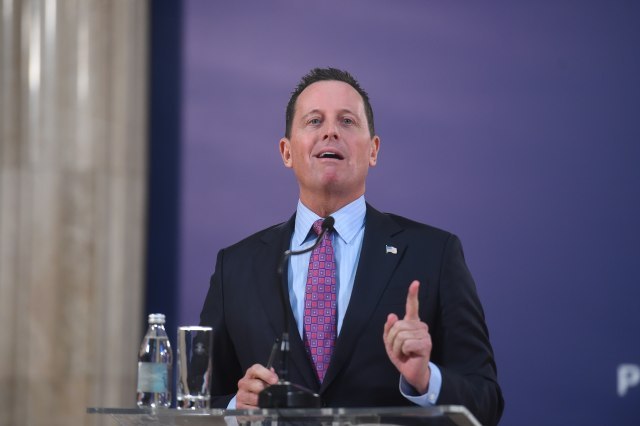 Richard Grenell wrote on Twitter that the EU Observer portal's allegations that the United States is promoting the idea of a "quick deal" to the Kosovo issue - fake news.

"I am for what the parties agree to - I’m focused on economic development, not politics", US Presidential Special Envoy for Belgrade-Pristina Dialogue wrote, reacting to the news that EU Observer announced, as RTS reported.

EU Observer in the news says that "the US has declined to rule out a land swap between Kosovo and Serbia - despite German opposition to the idea".

The portal also cites Western Balkans Special Envoy Matthew Palmer, who said: "It's up to the parties to establish the parameters of the dialogue".

Fake news. And you never called or wrote to ask. I am for what the parties agree to - I’m focused on economic development, not politics. https://t.co/a9ULga6jky