Goran Vesic says the adoption of the Law on the Old Fairground Memorial Center, which will be discussed today in the Parliament, fulfills historical justice 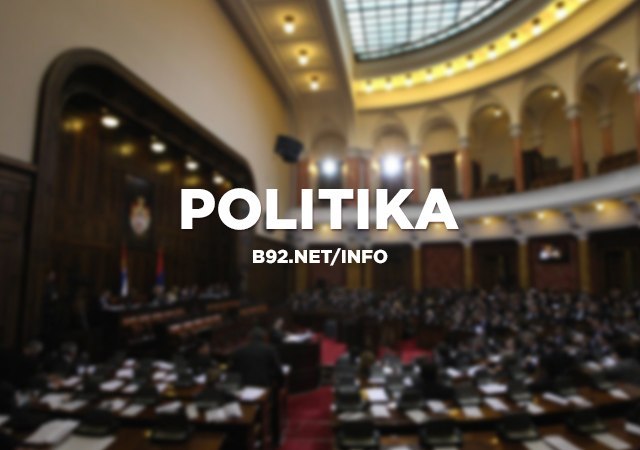 The deputy mayor of Belgrade added that after the law was adopted, a Memorial Center would be established to preserve the memory of the victims of the Nazi concentration camp at the former Belgrade Fair, the Zemun Jewish Camp and the Zemun Reception Camp.

Vesic stressed that the future Memorial Center will include the space on the left bank of the Sava River, i.e. the area of the former Bezanijska Bara, including the cultural site "Old Fairground" and its protected surroundings, as well as the corresponding space of the Jewish Transit Camp "Topovske supe", as Beoinfo reports.

"The Old Fairground is the last concentration camp in Europe that has not been memorialized. Today, we will not ask why no government in our country, for almost 70 years, from 1945 to 2014, remembered to mark this horrific site of suffering, where detainees were killed in a particularly cruel manner in a mobile gas chamber trucks in which they were suffocated as their screams echoed in occupied Belgrade, as they were being driven to the Jajinci execution site. These martyrs, our fellow citizens, who were killed just because they were of other faith, deserve to be remembered", Vesic concluded.

He recalled that the first decision of the Belgrade City Assembly, made after the 2014 elections in Belgrade, was to declare May 10th as the Day of Remembrance for Holocaust Victims in Belgrade.

"On that day, in 1942, Nazi occupiers of Belgrade declared Belgrade a city without Jews because all the Jewish inmates at the Old Fairground concentration camp were killed.

The Belgrade City Assembly has elected the Commission for the Old Fairground Site, which has worked to prepare laws on establishing a Memorial Center, recording property and displacing those brought there by decisions of state bodies.

"Today, six years later, when the National Assembly of the Republic of Serbia begins debating the Law on the Old Fairground Memorial Center, we can say that we have succeeded in this historic endeavor", Vesic said.