Vucic: "We will always be with the Chinese people" 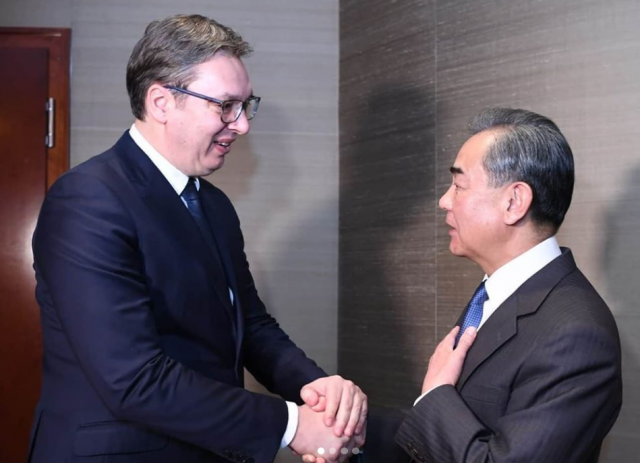 Aleksandar Vucic first spoke with Atlantic Council CEO Damon Wilson, and then met with Forina's political director Richard Moore, it was posted on the profile of "The Future of Serbia AV on Instagram".

During the 56th Munich Security Conference, Vucic also met with Chinese Foreign Minister Wang Ji and said that Serbia would always be with the Chinese people.

"We will always be with the Chinese people and we will always be grateful to President Xi for all that you have done for our people," Vucic said on a profile posted on Instagram.

On Thursday, Serbian President said that the meeting with the Chinese Foreign Minister, as part of the Munich Security Conference, would be an incredible honor for Serbia, as Wang had large number of bilateral meetings on the margin of the security conference.