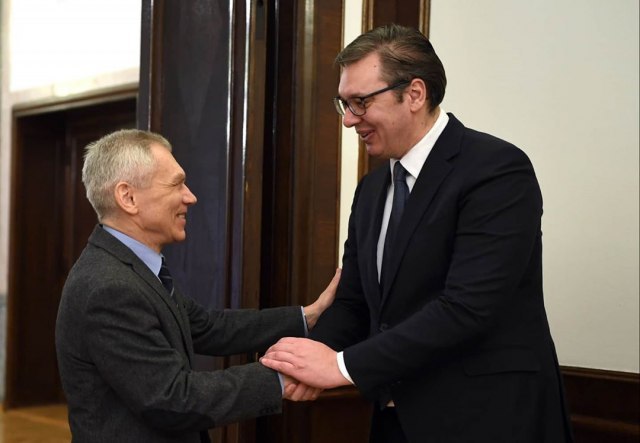 Russia's Ambassador to Belgrade, Alexander Botsan Kharcheno said that there is nothing new in Western efforts to find a compromise in the Belgrade-Pristina dialogue.

As he said for the Russian portal Sputnik, all efforts so far are reminiscent of running on conveyor belt track - a lot of energy is consumed, but there is no real movement forward and so far he hasn't heard anything encouraging from Albin Kurti.

According to him, what he heard does not encourage or give any impetus to establish dialogue.

"The most important thing is the unconditional suspension of tarrifs. That is the first and most important task. We have heard something, but under some conditions, which is not clear. Anyway, nothing new that would provide an opportunity for compromise, and a solution is only possible on the basis of compromise. That is clear to everyone", Botsan-Kharchenko said.

He points out that Russia's position on Kosovo has not changed and that Russia does not see Resolution 1244 as part of existing efforts and discussions, and it must be involved, as it is, as he says, "the basis for regulating Kosovo's problem and reaching solution."

Asked if the involvement of additional international mediators will bring something new, Botsan-Kharchenko pointed out that he has heard a lot of calls for a solution as quickly as possible.

"The timeframe is the enemy of compromise. Compromise is possible only in an open dialogue, without restriction, with the help of mediators who are dedicated, devoted and in no way inclined to one side. Balance is necessary here, but above all pressure on Pristina. I started with urging Pristina to at least suspend taxes", he said.

Talking about whether Russia is considering appointing its mediator, Botsan-Kharchenko says that the most important signal for Moscow is Belgrade's attitude and reiterated Moscow’s readiness to help resolve the Kosovo issue if Belgrade asks for its assistance.

“Russia is not staying out of the situation. Russia is a member of the UN Security Council and there can be no solution without the Security council,” he said, adding that UN SC resolution 1244 is there to serve as a guideline until a new resolution is introduced.

Asked if this means that Russia is ready to appoint its mediator on Belgrade's request, the Russian Ambassador says he cannot envisage future moves, but that Moscow will find a solution if Belgrade calls on Russia to do that.