US Secretary of State Michael Pompeo has sent a letter to the newly elected Prime Minister of Kosovo, Albin Kurti, "Blic" reports. 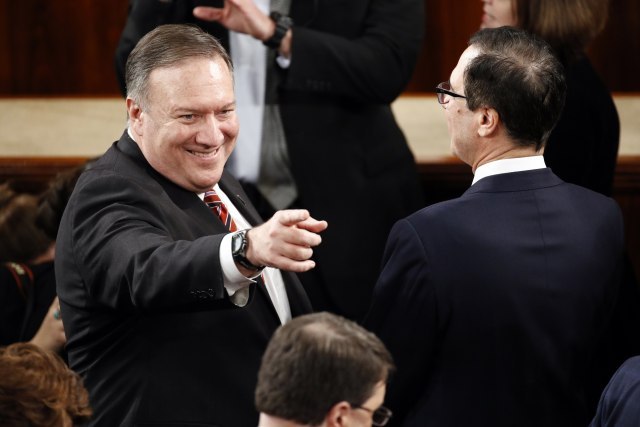 According to "Blic", Pompeo congratulated Kurti on forming a government, but also made it clear that the suspension of taxes on goods from central Serbia and Bosnia-Herzegovina should be a priority.

"The lifting of tariffs on goods coming from Serbia and Bosnia-Herzegovina is very important to bring back the two sides to the negotiating table. We hope and expect you to make this a priority and to take advantage of this momentum following the two letters of intent to restore air and railway links between Pristina and Belgrade", Pompeo said in a letter addressed to the Prime Minister of Kosovo, in which "Blic" had insight.

Pompeo estimated that now is the time to realize a "comprehensive normalization of relations with Serbia, focused on mutual recognition", which he said is crucial for "Kosovo's full international integration".

"The United States will support you in this process," Pompeo said.

At the same time, he congratulated the people of Kosovo and Metohija on what he judged to be a successful, democratic election.

"We welcome the formation of a new government in Kosovo and look forward to working together to advance the common goals of economic growth, the rule of law and the normalization of relations with Serbia," the letter said.

The US also welcomes Kurti's commitment to fighting corruption "because you want to support the aspirations of Kosovo's citizens, including their desire for greater transparency and economic growth".

Finally, it is reported that the US looks forward to working closely with the new government in Pristina to ensure that "multi-ethnic, democratic Kosovo continues to thrive".