"Germany wants to get directly involved in solving Kosovo issue" 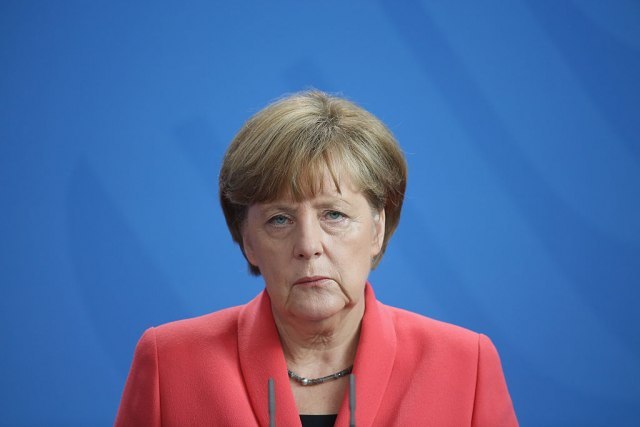 He added that in doing so, Germany wants to make clear that this is a European issue, but also that it is interested in pursuing its interests and goals, both on its own and on behalf of the EU. Germany is in a hurry, Milivojevic adds, for two reasons - first because Germany will hold the EU presidency in the second half of the year, so they want progress in that field, and second because Chancellor Merkel is in her final year in office.

"Merkel is now in a position to transfer her influence to this issue and achieve the result at this very moment," Milivojevic said, adding that Chancellor Merkel's authority is undeniable, her influence is still strongest in the EU.

Milivojevic sees the announcement of the appointment of an EU envoy for the Belgrade-Pristina dialogue, who is already certain to be Berlin-led, as a commitment by Germany, which has a leading role in the EU, that this area should remain under EU competence and that this region should, above all, be part of the European integration process, in line with the geo-strategic interests of the Union and because traditionally this area is the sphere of influence of Germany.

Asked how much influence German Chancellor Angela Merkel has on Kosovo's newly appointed Prime Minister Albin Kurti, and whether she can "push" him to suspend tariffs and discuss a compromise solution, Milivojevic says he sees three motives for Germany in talking to Kurti.

"The first is that she is directly involved because of her interests, the second is that Kurti says he will lead the next negotiations and will obviously insist on it as the chief executive and the third motive is that she has informed Kurti that she has a specific perspective on the future negotiations that are different from the current position", Milivojevic noted.

Kurti, as he explains, appears more radical, and at least from what we have heard so far, leaves little room for dialogue, which is why it is quite natural and logical for Merkel and Kurti to talk so that the Chancellor herself could determine the facts, Kurti's positions and how she could further influence that position on her own.

As for the "pressure" exerting on Kurti, Milivojevic says that the West has a decisive influence not only on Albin Kurti, but in general on the entire ruling Albanian structure in Kosovo.

"This system and this government cannot function without the support of the West. On the one hand, in the political and security sense without the US, and when it comes to the EU and Germany, there are certainly finances, and political support, without which that regime and system would not be able to survive socially, economically and politically", he says.

However, he adds, the views of the US and Germany do not coincide when it comes to the Kosovo issue, but are in some ways contradicted.

"They are opposed by the US administration's interest in keeping the leading role, and conducting an independent dialogue with the EU, and Special Envoy Grenell himself confirmed this. All that they did in an effort to open the airspace and get the rail traffic, they did without the EU, so without coordination with the allies", Milivojevic said. This shows, he says, that the US administration has a clear interest in conducting a special dialogue and in some pragmatic way that does not question the status issue, to achieve some result in its mandate.

The Americans, he adds, are acting pragmatically and in the short term, while the EU, with this appearance of Germany, is making it clear that it will not allow Americans to take the lead in this.

"Their differences are essential. Americans are pragmatic and allow pragmatic solutions, do not say what the end result should be, but allow two sides to agree, including issues that are not acceptable for Germany, such as a change of borders", Milivojevic said.

On the other hand, he says, Germany will, in the future, take a firm stance on the previously established position, that is, in recognition of the reality that Serbia without Kosovo faces, in the future.

Milivojevic says that Germany will firmly remain to its standpoint against the change of borders in the Balkans because of the danger of opening the Pandora's box, and because Serbia's neighbors, such as Montenegro, Croatia and Northern Macedonia, disagree.

"The German interest is to keep the current situation as it is and will strive for it, which will make the negotiations with its assistance more difficult than with the US, which is far more pragmatic and accepts solutions that do not necessarily imply the present state or real state of affairs, as it is usually called", Milivojevic concluded.