European Union: UK out, Albania in?

European Commission's decision to fast-track the EU accession process for Albania and North Macedonia shows that it has lost its mind, as John Laughland claims 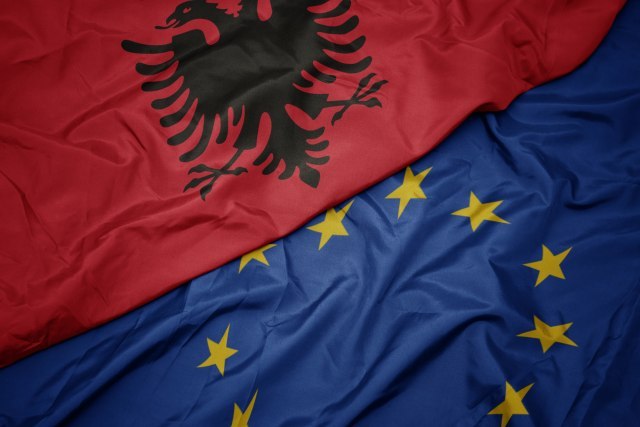 "The proposed new wave of enlargement, which has been on the cards for years but has also stalled on several occasions, notably due to opposition from France, is evidently supposed to give a new impetus to the EU in the wake of Brexit. But the accession of two small, poor and crime-ridden Balkan territories is hardly compensation for the EU losing one of its biggest member states, one of its biggest contributors, the fifth largest economy in the world", Laughland says.

This European integration and international criminal law expert claims that Albania has for decades been notorious as a centre for drug trafficking. Numerous reports in the press last year commented on how the country has become "the Colombia of Europe".

North Macedonia has a less sultry reputation but 30% of its population is Albanian.

"Moreover, when the EU holds its Western Balkan summit in Zagreb in May, Kosovo is to be invited. A territory of Serbia which declared independence in 2008, it is over 90% Albanian and effectively operates as an adjunct to Albania proper. Indeed, in 2018, the Albanian Prime Minister Edi Rama said he wanted to see Kosovo and Albania united by 2025, i.e. within the time frame envisaged for EU accession", Laughland, a former lecturer at the Sorbonne University, explains.

This first wave of new member states is only part of a long-discussed plan of integrating the whole of the Balkans including Serbia and Bosnia-Herzegovina into the EU.

"It is impossible to understand what benefit the EU imagines it will draw from “compensating” for Brexit by expanding into the poorest and most unstable part of Europe unless one pays close attention to what the decision makers themselves say. The president of the commission, Ursula von der Leyen, announced the new policy in a tweet with the hashtag #geopoliticalcommission. In other words, the expansion into the Balkans is driven not by economic rationale but instead by geopolitics", Laughland concluded.