US Ambassador: Serbia crucial for maintaining stability in the Balkans 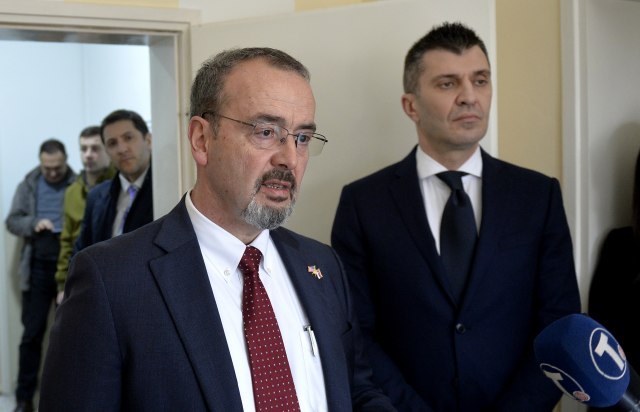 He said this in a discussion led with Serbian Minister of Construction, Transport and Infrastructure Zorana Mihajlovic, this ministry said.

"We are happy that things are going in a positive direction and we will continue to support the process. Serbia has a leading position in the region and is important for maintaining stability," Godfrey said.

The Minister informed the Ambassador about the construction of the Moravian Corridor, which is being implemented by the US engineering company Bechtel.

"It is in Serbia's interest that one of the world's most successful construction companies realize this important project," Mihajlovic said.

The Minister said that Serbia was also moving towards the construction of the "Highway of Peace" - Nis-Merdare, and assessed that it would "contribute to regional stability", as well as the announced establishment of railway and air transport.