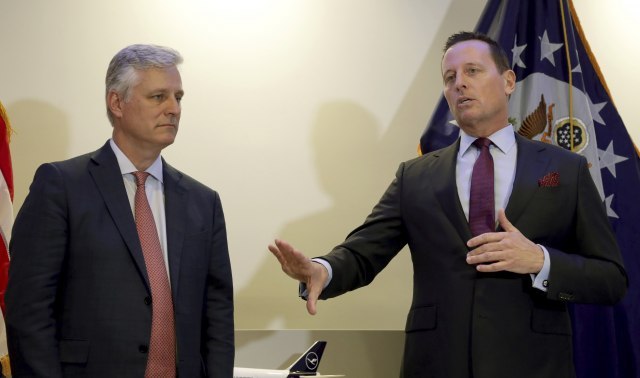 According to "Blic", this will be a requirement especially because of the success of signing a letter of intent to establish direct airline between Belgrade and Pristina.

In order to implement this agreement, President Vucic will set a condition: abolishing taxes on goods from central Serbia, according to "Blic" daily.

Dialogue resumption, abolishing tariffs and establishing economic co-operation could serve as some of significant topics to be discussed between Grenell and Vucic.

Short deadlines - tangible results: This is the bottom line of Richard Grenell's precise agenda for his upcoming Belgrade visit, the newspaper claims.

The visit comes just four days after signing a letter of intent to establish direct flights between Belgrade and Pristina in Berlin, which was directly coined by joint efforts of Grenell and Trump's National Security Advisor Robert O'Brien.