Vucic spoke to O'Brien in Davos 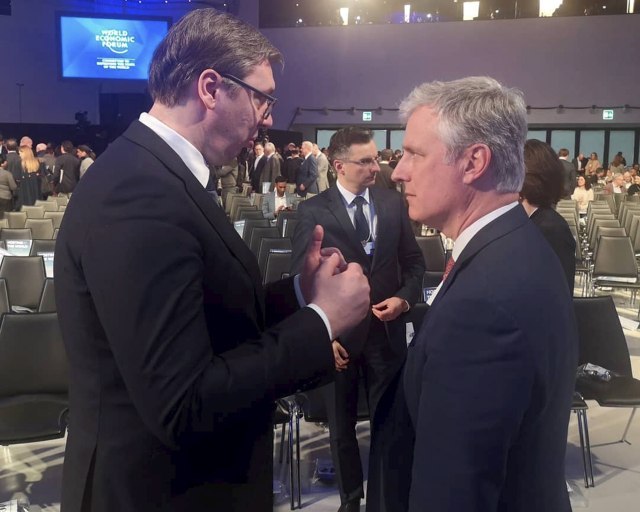 "An open and friendly conversation with National Security Advisor Robert O'Brien, with a mutual desire to further improve Serbia-US relations", Serbian President announced on an Instagram profile of buducnostsrbijeav, with photos.

During the day, he will also meet with the President of the European Bank for Reconstruction and Development, Sumantra Chakrabarti.