Vucic: I want killers and drug dealers behind bars

Serbian President dismissed criticism that he wants to control judges and prosecutors in Serbia, stressing that he wants murderers and drug dealers behind bars. 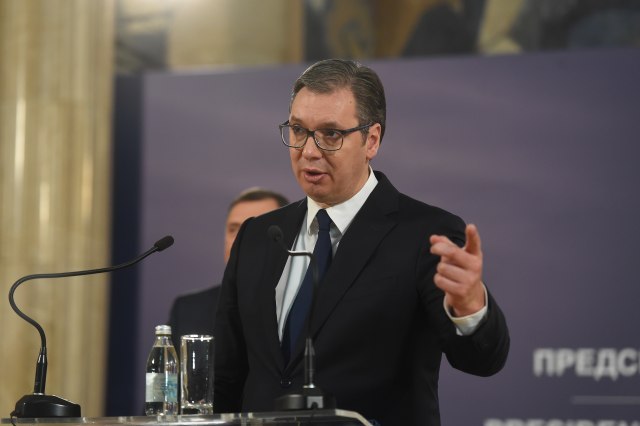 "I do not care that I assume control over judges and prosecutors. It is fabricated by those who do not know what else to think of. The only thing that interests me is that drug dealers and killers end up behind bars", Vucic told Tanjug.

Regarding the murder of two Skaljari clan leaders in Athens, Vucic said it was Montenegrins, not Serbs, and stressed that it was now clear how important it was forbidding many persons from the criminal milieu, especially from the territory of Montenegro, to enter the territory of Serbia.

"The bloody feast that happened in Athens last night would have happened in Belgrade had we not taken such measures", Vucic said.

He told the Greeks and the Greek Prime Minister and his friend Kyriakos Mitsotakis that the killed were not Serbs but Montenegrins, who simultaneously hold the citizenship of several EU countries.

"Fighting organized crime in Serbia will be difficult, but the state will certainly win in the end", Vucic concluded.