Natalia Poklonskaya, Deputy Chairman of the State Duma Committee on Foreign Affairs, said genocide is committed against the Serbs in Kosovo and Metohija 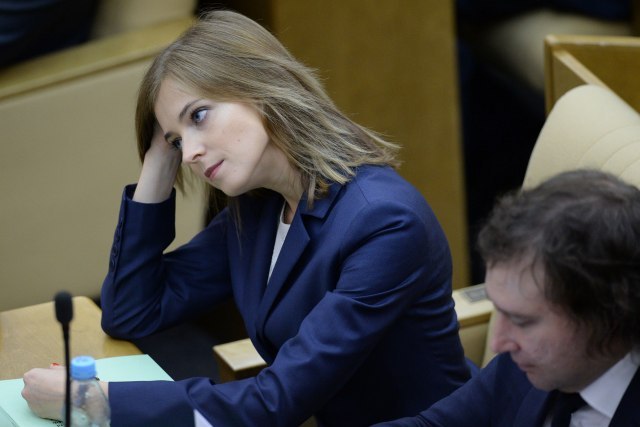 Poklonskaya, who became famous as the first prosecutor of Crimea after returning the peninsula to Russia, points out that external intervention contributed to this.

"They artificially squeezed Orthodox Serbs from there, destroying people and expelling them from their primeval territory, and this was genocide. Foreign intervention contributed to that - someone needed to tear down a huge promising country. That's the difference between the Crimean referendum and the situation in Kosovo. The Crimean referendum was the will of the Crimeans, and Kosovo is an outside intervention", Poklonskaya said in an interview with Sputnik.

"The same fatal importance of Crimea and Sevastopol have for Russia, Kosovo and Metohija has for Serbia. It is the soul of the country, Orthodox religion", she added.

Putin's iron lady, as she is called, has repeatedly pointed out that she is of Serbian origin, but has not yet been able to come up with original documents confirming it.

"Unfortunately, I was not able to come up with the original documents, because all the archives are in the territory of the Lugansk People's Republic, where it is now quite turbulent. My ancestors from the Vlach principality settled there. It was an old principality, where the people from Bulgaria, Romania, Ukraine and the Danube took part", she said.

Polonskaya wished the Serbs prosperity in the New Year and invited them to come to Crimea.

"I wish the Serbs, the leadership of Serbia and ordinary people a turning point and that all the inconveniences and problems that exist both inside the country and in the neighborhood would be reversed and become a turning point for Serbia's prosperity. I would also like to see a direct flight on the line Belgrade-Simferopol. We are expecting residents of Serbia to come to Crimea to strengthen our relations", she concluded.