"Next year, Putin, Jinping, Merkel and Johnson are coming to Serbia" 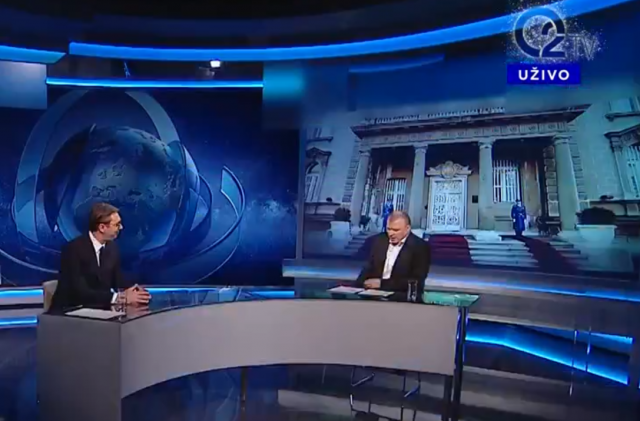 Still, Serbian President Aleksandar Vucic emphasized that "we do not have such enthusiastic support within the European Union" when it comes to mini Schengen.

"It is not easy for Europeans to criticise the four freedoms that are part of the EU itself: freedom of movement for people, goods, services and capital. But they do not like to see the Balkans determine its own destiny. They have been doing this since the establishment of the first forms of modern statehood of Serbia, from the very first hatt-i-sharifs and the Constitution, to the present day", Vucic said.

"We want to do all the reforms that are necessary, and they praise those economic reforms. But are you sure that if we do everything they want and reach an agreement with Pristina, that they will admit us to the Union? I am not sure", President of Serbia said.

Vucic also referred to the first round of presidential elections in Croatia. "Whoever wins, we'll congratulate that candidate", he noted.

"The Belgrade-Zagreb relationship will have to be improved in the future, whoever wins", said Serbian President Aleksandar Vucic on "O2 TV".

"I followed the elections in Croatia and predicted the results pretty good. I was sure that Milanovic would be the first in the first round. Although, I think that Skoro needed just three more days of the campaign, in order to become President of Croatia", Vucic said.

President of Serbia referred to his past visits to Croatia. "They never got anyone but me who would tell them something from a different angle without going beyond the bounds of decency", he noted.

This is also the President's first guest appearance since his return from Tirana.

Serbian President stressed the need to establish good relations with EU countries, primarily because of "Europe's aspiration to be a power and a force for itself and due to Europe's non-acceptance of the division into two major powers."

Vucic particularly emphasized the importance of establishing relations between Serbia and the UK in the future.

"We need to continue our European path and build bilateral partnerships with the UK as soon as possible. Britain will be a key US ally, much more pronounced than it has been before, and it is important for us to try to work together in the future", he said, adding that it is "realistic" for Prime Minister Boris Johnson to come to Serbia next year.

"I cannot guarantee it, but I am almost convinced that I will be able to persuade Boris Johnson to come to Serbia", Vucic said, emphasizing that Serbia today has more respect than it has had so far.

"Next year, the Chinese and Russian presidents will come. I am convinced that Johnson will come by the end of next year. Macron came this summer, I guarantee Merkel will come to Belgrade next year. We brought the Japanese Prime Minister, President of Israel was also here, as well as representatives of some powerful African countries, who visited our Serbia after a long time", he said.

Serbian President Aleksandar Vucic referred to a "political decision" on the authenticity of the Minister of Finance Sinisa Mali's Ph.D.

"Mali is a professional and does his job well. However, I said three months ago that this was going to happen. I told him, 'Sinisa, I ask you not to endanger the party or my position, tear this document to pieces and tell the people that you'll write it all over again'. Sinisa didn't want to accept that. He said only 'I fought for it hard' ".

Vucic emphasized that the decision on Sinisa Mali's doctorate was political, but that despite this fact, the minister had to remove the doctorate from his biography, because "institutions must be respected".