Russian Ambassador Alexander Botsan Kharchenko said today that "the Russian spy affair", as far as Belgrade and Moscow were concerned - is "behind us" 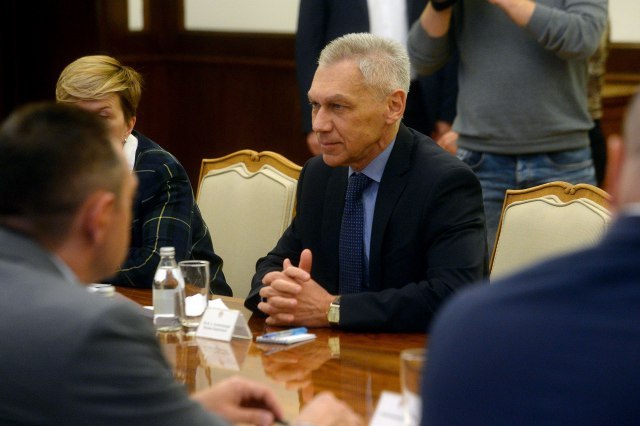 "It's all behind us," the Ambassador said when asked by reporters what he had responded to the Serbian President's "why" which Aleksandar Vucic had posed to him concerning the footage featuring the transfer of money to a Russian intelligence officer.

Botsan Kharchenko said: "I would not want to repeat the whole story as it is behind us". He added that much has already been said about it and that anyone interested can look at the statements of the President of Serbia, as well as his statement, along with the statement of the spokeswoman of the Ministry of Foreign Affairs, Maria Zakharova.

On that occasion, the Russian Ambassador said that after last week's 17th meeting between the two presidents, Aleksandar Vucic and Vladimir Putin, in Sochi, they received a new impetus meaning that cooperation would be even more intense.

Botsan Kharchenko spoke at a gathering on Balkan politics in the Russian Federation at the Institute for International Politics and Economy, which was attended by numerous ambassadors and representatives of the diplomatic corps.

On this occasion, Botsan Kharchenko also said that Aleksandar Vucic is the president whom Vladimir Putin has met most often, compared to the meetings Russian President had conducted with leaders of all other European countries.