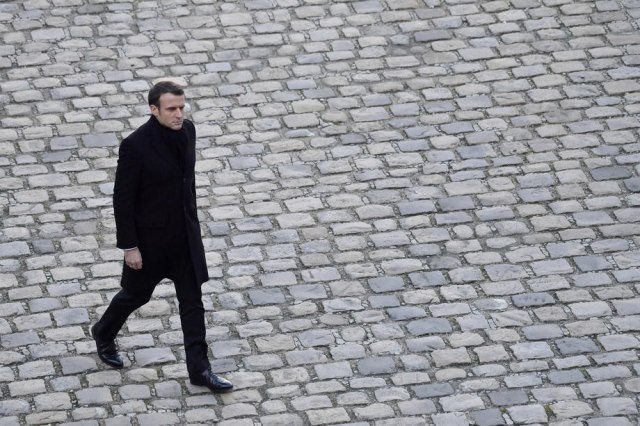 This applies to any candidate country, before reform of the negotiation process takes place, while he considers the current negotiation procedure to be rather bureaucratic, confusing, unclear.

"I think the negotiation procedure we have today is too bureaucratic, confusing, unclear. Here, ask the Serbs if their lives have improved by opening new chapters? I would not say so," Macron said after the end of the NATO summit in London.

He said that France was not the only EU member to oppose the opening of accession talks with Skopje and Tirana, but that he was ready to "accept" all the blame for it.

"Prior to any subsequent opening of the negotiations, I explicitly say that I want to reform our negotiation procedures", Macron said.

He assessed that Europe was not ready and that the conditions were not fulfilled for the start of accession negotiations with new candidates.

"I think the negotiation procedure we have today is too bureaucratic, confusing, unclear. Here, ask the Serbs if their lives have changed by opening new chapters? I would not say so," Macron said.

Macron reiterated his demand for reform that would make the EU accession process reversible and allow for differentiation.

However, Macron said, that “the ultimate goal is to link the Western Balkans to Europe firmly. We know it’s a geopolitical challenge to avoid the intervention of other countries, destabilization that is a risk for both the region and Europe. Some may see that link as the EU membership, but it should be clear that it means a strategic partnership and more investments.”

At the same time, the French President called on the EU to think about its own reform.

"I oppose any EU enlargement that has not been accompanied by a profound reform of the functioning of the EU", Macron said.

He estimated that the EU with its current membership was hardly functioning at all and that, prior to new members joining EU, the Union's operative procedures in terms of decision-making and number of commissioners should be reconsidered.

"Those who support enlargement must accept the fact that decisions are brought by a qualified majority and that every country won't have its own commissioner", Macron concluded.