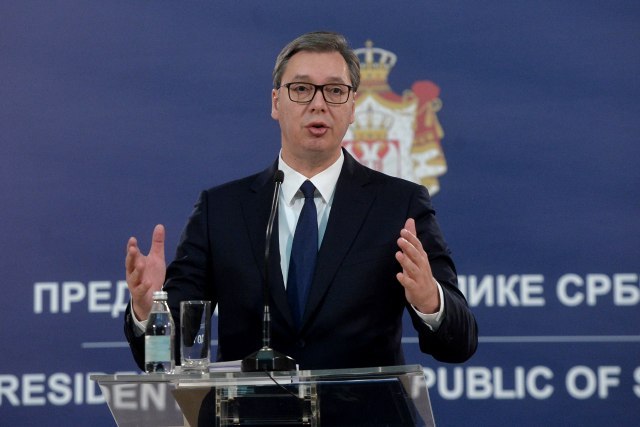 President Aleksandar Vucic spoke about this news and economic indicators for this year on TV Pink.

President Vucic referred to the lowest unemployment rate in Serbia and pointed out that since 1995 this methodology has been used to measure unemployment.

"Since 1995, unemployment rate has been forcibly maintained at between 12 and 15 percent. Between 2003 and 2012, we faced with a breakdown of the labor market and a complete economic disaster", Vucic said, adding that the government had to implement tough laws and reforms, which also yielded results.

He also said the best news is the return of 20 nurses into the country who need to be paid well. He points out that medical technicians take care of patients all night long and that the job must be better paid, so sufficient resources have been found to do so. Vucic added that in the abundance of terrible things, it is difficult to see the broader picture showing the decreased unemployment rate and progress of Serbia.

He said that for the first time 20 nurses returned to the Clinical Center of Serbia, 10 from abroad and 10 from private clinics. They are back, he says, because they know that salaries for nurses and technicians are up 15 percent this year, and that they can expect a 10-15 percent increase in the course of the next year, that is, they have recognized the state's commitment to increasing salaries for medical professionals.

The President of Serbia revealed that he was told by a newly opened Chinese company that investors are coming to our country because of the quality of labor force and their loyalty. According to him, the state continues to build roads, which also encourage investors to come. We are also building clinical centers, schools, kindergartens and railroads, Vucic says, adding that a contract for the Moravian Corridor will be signed soon.

President expects the unemployment rate to drop to around eight percent, which is in line with European standards.

"It is the result of serious and thorough work. I believe that in the next two or three years, we can lower unemployment rate to about eight percent. Our growth rate will be high, in the Eurozone, it will be around one percent, while in the country, it will be over four percent", the President pointed out.