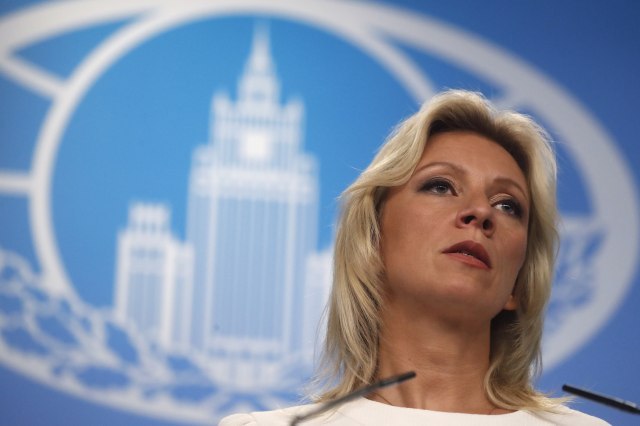 "Now, as the meeting at the highest level is approaching, we are used to the emergence of interesting stories a week or a few days ahead of important top officials meetings. And then the time goes by and all of this is being dismissed, and turns out to be a cheap provocation", Zakharova said on a regular press conference, Sputnik reports.

As she pointed out, all issues of concern to the country are addressed through appropriate channels, "and we should treat this as a provocative story".

"This video should be addressed specifically by those it is aimed at, and as for the general public, there is an obvious task set by the authors of this so-called video: This is a provocation and those in charge should deal with that video", Zakharova said.

"If there are any open issues, each state has the appropriate instruments to resolve them in a civilized manner. We are all adults, and we all understand this perfectly", a spokeswoman for Russia's Foreign Ministry concluded.

This was Kremlin reaction to footage of "spy affair" made in Belgrade.