"I suffer from chronic illness, journalists have nothing to do with it"

At a media conference, President of Serbia responded to comments that N1 journalist was guilty of his sudden admission to Military Medical Academy (VMA) 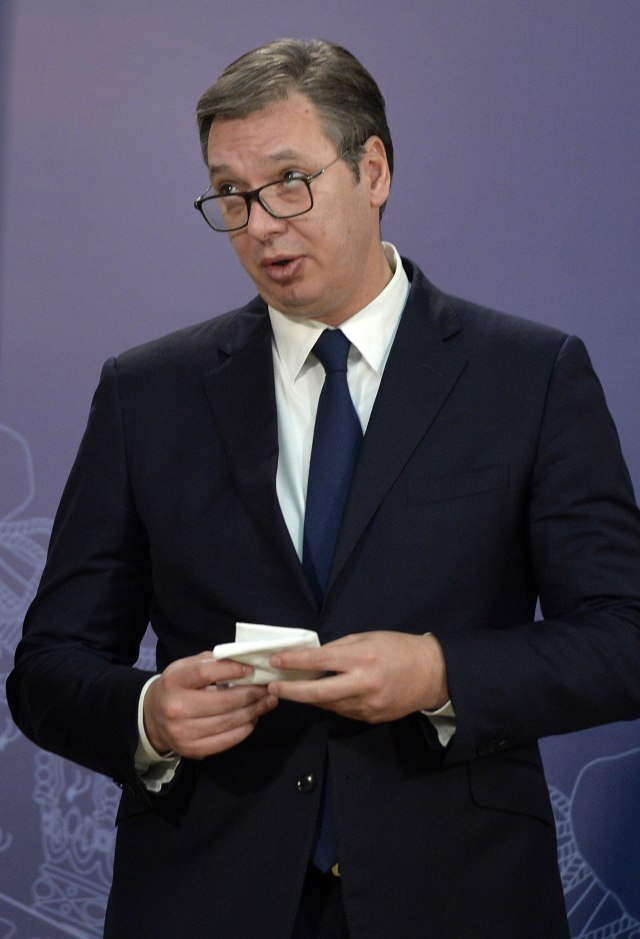 Asked by N1 TV reporters to comment on allegations that TV journalist Miodrag Sovilj was "guilty" of him being admitted to the hospital on Friday afternoon and whether it was correct to blame the reporters, Aleksandar Vucic replied: "The man from your television has nothing to do with my health".

"I am chronically ill man", Vucic added. He also explained that he came to the conference under all day therapy, and that it was not a secret.

"Does it bother me when someone who is supposed to be a journalist says 'don't go into this business if you can't stand it' - I can. I rejoice because due to these questions I can more easily explain to the people the difference between telling the truth and lying", Vucic said.

"So, my health condition has nothing to do with N1. These are my personal problems. I'm not someone with the best health, but while I have the energy, I will fight. I don't want to go into details, informing you about the size of my hearth atrium, it takes years to get into such condition, not a day that has brought me so much political pleasure", Vucic concluded.