"Dveri" leader tweeted on Bolivia and Vesic, criminal complaint filed against him

Association of the families of kidnapped and killed in Kosovo and Metohija filed criminal charges against the leader of Movement Dveri, Bosko Obradovic 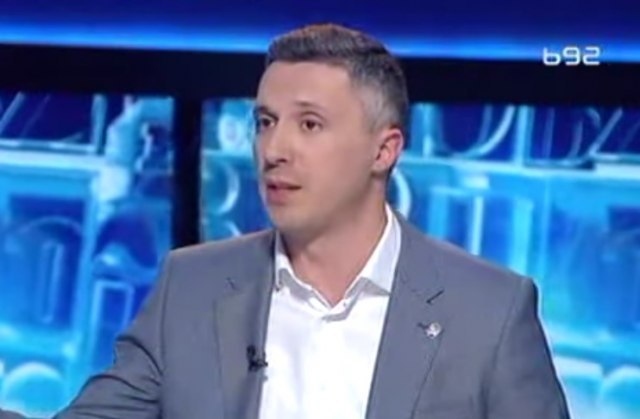 The complaint states that Obradovic, by posting on the social network Twitter, endangered the safety of Deputy Mayor Goran Vesic, and that he encouraged a violent change in the constitutional order.

The criminal complaint, in which Tanjug had insight, was signed by the President of the Association, Simo Spasic, and filed with the Special Department for High-Tech Crime of the Higher Public Prosecutor's Office in Belgrade.

The association charges Obradovic with the criminal offenses of endangering security and calling for a violent change of the constitutional order.

Obradovic posted on his Twitter profile an article with a photo of the Mayor of the Bolivian city of Vinto, whose hair was forcibly cut and she was coveredin red paint by protesters, describing "Let Vesic, the mayor of Belgrade, get ready," according to the criminal complaint.

It is further alleged that Obradovic, in order to jeopardize the constitutional order or safety of the Republic of Serbia, called for and encouraged to forcibly change its constitutional order and overthrow representatives of the highest state bodies, endangering Vesic's security, "threatening to attack his life and body and calling for lynch and violence to the aggrieved", thereby endangering his physical integrity and causing anxiety to the citizens.

The complaint states that Obradovic did this with direct intent, driven by political and other personal malicious beliefs, all due to "personal and professional discontent and failure".