Vucic: If I promised something to the West on Kosovo, why didn't I fulfill it so far?

If I have promised something to the West on the issue of Kosovo, as some claim, how come I have not fulfilled anything so far, Serbian President asked on RTS 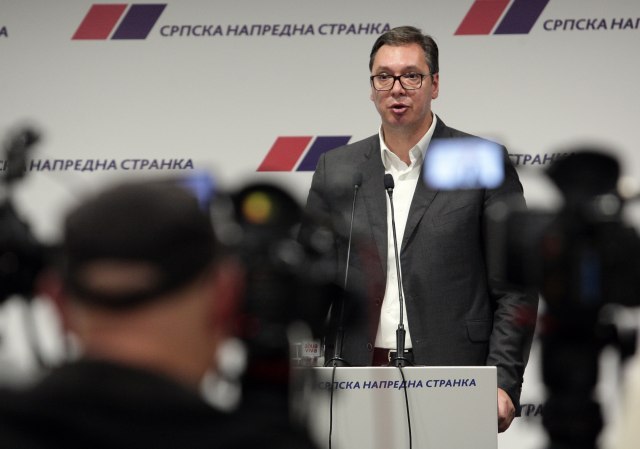 He made a guest appearance last night on the "Upitnik" talk show, where he said that he would continue to fight for Kosovo and the Serb people with all his heart and energy.

Asked how he commented on Vuk Jeremic's statement that "Vucic and Tony Blair are discussing modalities for recognizing Kosovo's independence at the UN" and whether he promised something to the West, Vucic replied:

"How come I haven't accomplished anything so far and how come they haven't solved what they thought they did back in 2008 so far?"

"We have withstood heavy pressures and there will be even harder pressures", said Aleksandar Vucic.

"Serbs do not need to run from compromise. I know what Serbs think and I do not ignore public opinion polls. We will continue the fight. A compromise is not a defeat for Serbia. I am aware that it will be very difficult to reach compromise because Serbs do not want to hear it".

He said that he had withstood the toughest pressures around Kosovo and that Vulin and Djuric can testify on that, as it were, during talks on the Brussels agreement.

Vucic said that the previous government helped Pristina in 2009 when Kosovo was pulled out of the UN and transferred under the EU auspices, then in 2010 when a pointless question was raised to the International Court of Justice and in 2011, when borders between Serbs were set on Jarinje and Brnjak.

"When we managed to restore everything that should not have been at stake at all, then they started saying that we would hand over something that they had long ago ceded to someone else", he said.

He added that he may be guilty of telling people the truth, but still 96 percent of Serbs supported the Serb List, which was unprecedented so far.

"I have had a total of eight or nine days off since I became Prime Minister, for five years now. I had tremendous energy and dreams, I dreamed that our average salary would reach 500 euros and that we have highways built. However, you can be a crook and steal banners, but you can't steal the highway, it stays on citizens' disposal", Vucic concluded.