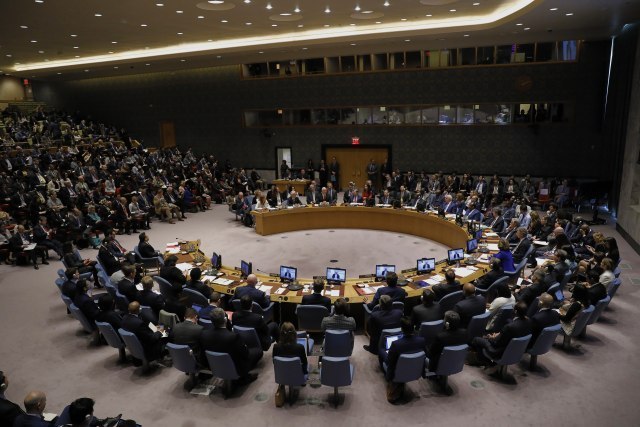 The UN Secretary-General's report on the work of UNMIK for the period 16 May 2019 to 15 September this year will be discussed at the session.

“The international community also expects the new leaders to affirm their commitment to the negotiations with Belgrade and ensure that obstacles to dialogue are removed", the Special Representative of the Secretary-General and Head of UNMIK Mr. Zahir Tanin told the Security Council tonight.

"Particular efforts should be made to ensure that political rhetoric and actions are conducive to resumption and progress in the dialogue after a year of stalled negotiations”, Tanin said. He welcomed the continued efforts of many international actors to resume political dialogue.

Tanin said that any potential agreement between Belgrade and Pristina would only be sustainable with local ownership but highlighted the need for the international community to stand “united and firm in its support toward a viable agreement”.

Momentum from an election that heralded the most “significant change” in Kosovo’s politics in years could trigger renewed efforts for rule of law, job creation and the Pristina-Belgrade dialogue, the Head of UNMIK says.

The snap elections held on October 6, which had the highest voter turnout since 2010, were called during a difficult time of internal political division, disunity in the governing coalition and “most importantly, the public's perception of inability to deliver on promises to the people of Kosovo”, the Special Representative of the Secretary-General and Head of UNMIK Mr. Zahir Tanin told the Security Council.

The preliminary results point to the victory by the opposition - Vetëvendosje and Democractic League of Kosovo (LDK).

Tanin noted voters endorsed “unconventional” candidates who did not share the same political vision or background as previous leaders", expressing his hope that the new leadership could use momentum from the election to deliver on election promises.

"Kosovo-Serb majority areas recorded the highest voter turnout in recent times, confirming a trend of active participation by this community in Kosovo elections. Serbian List may become the only Kosovo-Serb parliamentary group represented in the legislature", Tanin said.

The elections were assessed positively by international observers, but challenges, such as campaign financing and intimidation and voter pressure in the Kosovo Serb-majority areas were also highlighted.

"I remain hopeful that the new leadership can use the momentum of this election to deliver on its promises to the people by advancing the rule of law, fighting corruption and organized crime, and tackling unemployment", Tanin concluded.

"UNMIK plays crucial role on Kosovo and Metohija", UNMIK Chief underlined in his speech in front of Security Council.

He added that without the prior authorization of the United Nations, Kosovo Police drove and retained an UNMIK vehicle, and forensic examinations were conducted on an UNMIK-owned telephone and two SIM cards.

"The arrest and detention of UNMIK staff members while on official duty, as well as the institution of criminal proceedings against them, were in clear violation of their immunity from arrest and detention and from legal process. The use of excessive force, interference with Mission property, and the continuation of criminal proceedings against both staff members are in clear breach of the applicable legal framework, including Security Council resolution 1244, UNMIK regulations and international human rights law standards", Tanin stated.

He added that the international staff member was also declared “persona non grata”, a concept that is not applicable to, or in respect of, UN personnel. "These actions are unacceptable and should not be condoned", Chief of UN Mission to Kosovo added in his report.

In a report covering the period May 16 to September 15, 2019, United Nations Secretary-General Antonio Guterres estimated that a long pause in the Belgrade-Pristina dialogue halted progress towards normalization of relations, which opened the risk of instability on the ground.

In the report, Guterres called for the formation of a new Kosovo government so that the dialogue with Belgrade could be resumed quickly, including the removal of all obstacles to dialogue resumption. 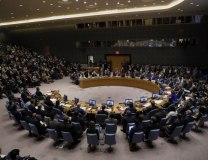