"I apologize to the citizens"

On behalf of the government and local self-government departments, Zorana Mihajlovic apologized to citizens suffering the consequences of taxi drivers' protests 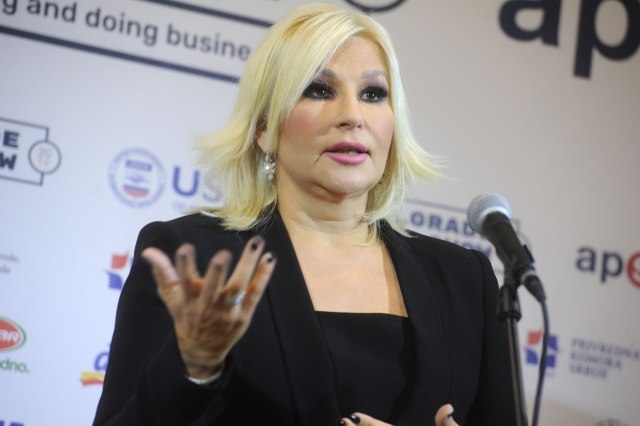 She called on the competent state authorities to enforce the law.

"Although many people should apologize to the citizens, I apologize to them on behalf of the government and local self-government departments for not enforcing the law, but I also urge them to implement it", the traffic minister said, ahead of another protest by taxi drivers who will block downtown Belgrade, for three hours, from 2pm to 5pm.

Mihajlovic emphasized that it is unacceptable for taxi drivers to close streets, highways or the Gazela bridge.

She also said that President Aleksandar Vucic had asked them not to block the highway and that they will not do that.

Mihajlovic points out that only one word is significant here - the law.

"The law must be obeyed at all times by both taxi drivers and CarGo. They need to register so that we know who is driving us. If for nothing else, for the sake of safety", Mihajlovic said.

She believes that CarGo does not obey any law.

"It suits the citizens to pay lower price, but the city has prescribed the lowest price. The law must prevail. The amendments to the law are possible, but the law must be in effect", the minister said.

She points out that taxi drivers abide by the Carriage of Passengers Act and that this law "has no loopholes".

"If there are loopholes, what are they? Let's fix them right away, so that citizens don't suffer. We are regulating the law to better accommodate the citizens", Mihajlovic said.

Asked why there was no reaction so far, if CarGo violates law, Mihajlovic said that many complaints had been filed, but that local self-government units, the Ministry of State Administration, the Ministry of Justice, and the Prosecution had to apply the law.